Before we hit the road this season, we were listening to the Puzzler on Car Talk and I was proud to answer it quickly for once.

It had to do with palindromic numbers, which I wrote about when our odometer reached 77,777. That was a while ago, we recently reached another mileage milestone when we joined the 100,000 mile club in our trusty ol’ Dodge.

But back to that Puzzler, I’ll try to summarize how it went…

As a refresher, this any number that reads the same forward and back, like this… 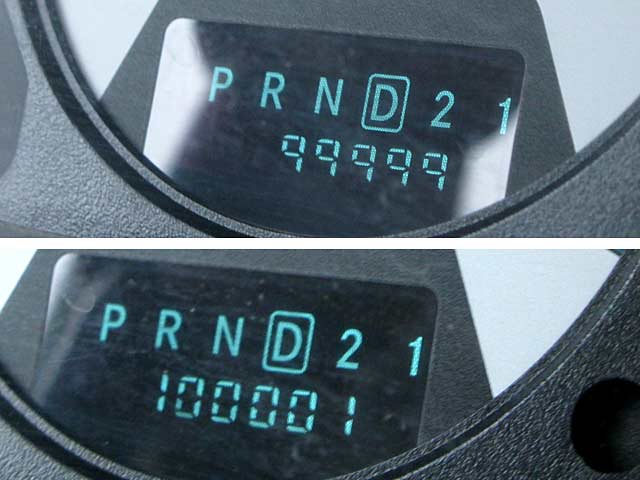 Watching a digital odometer isn’t nearly as fun as watching 100,000 miles roll over the old way, but we were in a rather unremarkable area of Arkansas when it happened anyway.

How many miles have you put on your rig and where were you when you hit a memorable milestone?

4 thoughts on “Another Milestone and the Long Awaited Puzzler Answer”