Industrial tourism has a place in the American landscape. These sites are like train wrecks and natural disasters; you just can’t help but look twice at the horrific results. 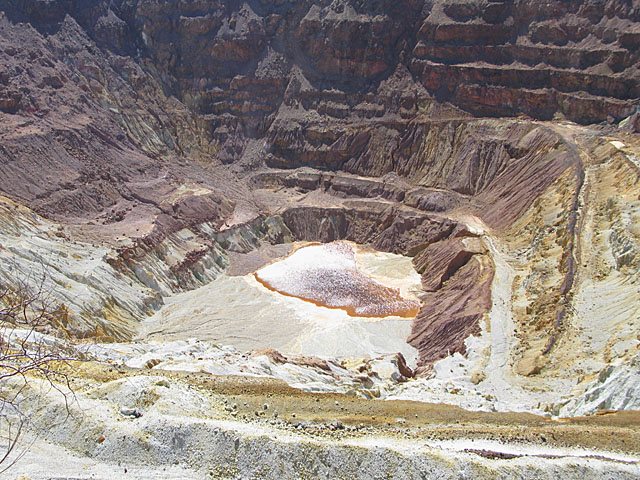 From the world’s largest open pit ecological disaster in Butte Montana to the Lavender Pit Open Mine here in Bisbee, the North American continent is full of scenic locations that showcase man’s wanton destruction of the planet through the years.

Some of them make great attractions, while others make you want to turn your head and weep.

This town once prospered because of man’s awesome ability to cut open the earth and extract riches.

Bisbee was a company town complete with housing, schools and stores for employees who took on this dangerous work to feed their families for a pittance of a salary. 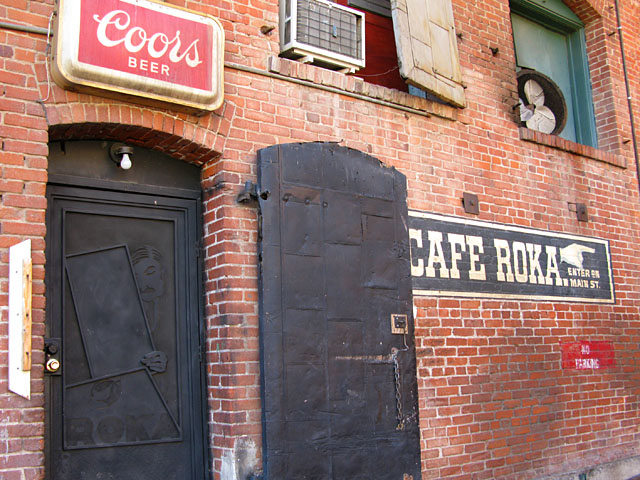 There was once incredible wealth here and today many of the oldest buildings still stand.

Bisbee’s narrow streets and twisted pathways lead to houses stacked on top of eachother, perched alongside the steep hills this town was built on.

Funky thrift stores housed in historic buildings and cafes built into mountainsides give it a dusty Southwestern flair that’s attracted tons of creatives.

Soon after the artists arrived, however, so did the art buyers, which meant that real estate prices went sky-high and proprietors figured out how valuable those antiques in their junk stores really were. There are few real deals to be found here. 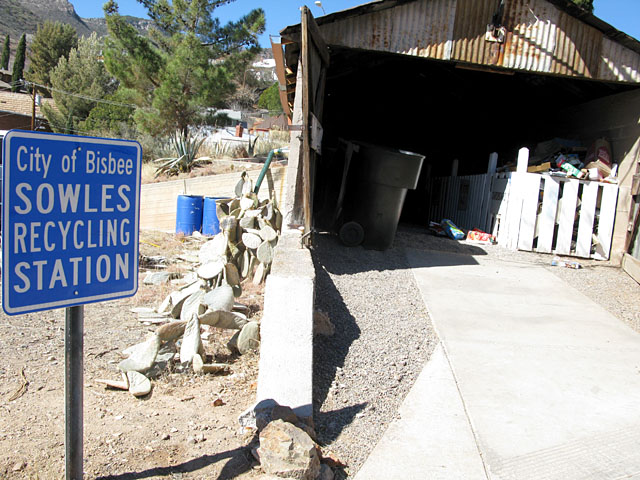 That’s alright though. Some of the “come here’s” progressive attitudes have really improved this community. There’s recycling on every corner and a true appreciation for public art, not just the kind that hangs over a wealthy person’s mantle.

Relics of Bisbee’s past blend with modern artistic touches that make it an interesting place to amble along on a Saturday afternoon. 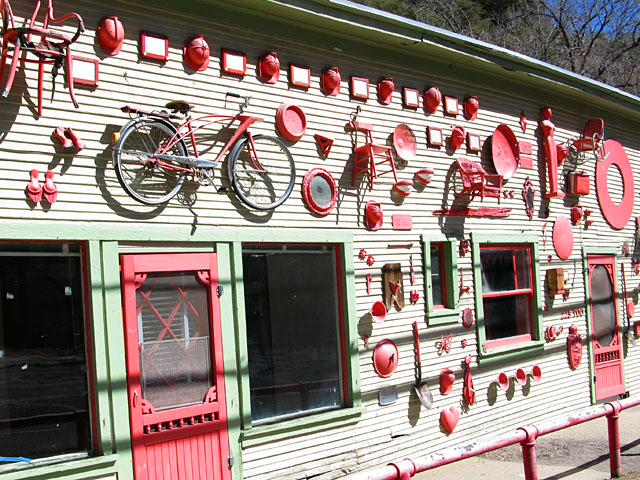 While it’s somewhat out of your way to get here unless you’re going to the Mexican border, trust me when I say it’s worth a visit.

11 thoughts on “Dispatches from the Pit”