Slab City: love it or hate it. 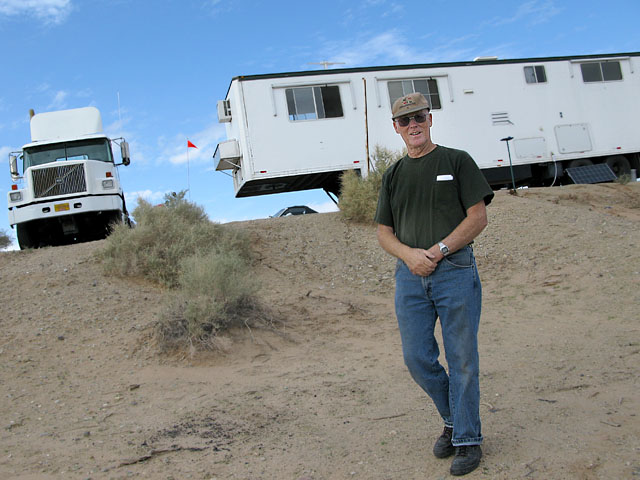 Lovers are tolerant individuals who respect the many different lifestyle choices here. Haters just can’t seem to turn away from the trash heaps and shiftless drifters, and usually depart within 24 hours.

One might assume that Slab City Lovers are younger folks on the fringes of society, but as our neighbor Bernie demonstrates, that just ain’t so. 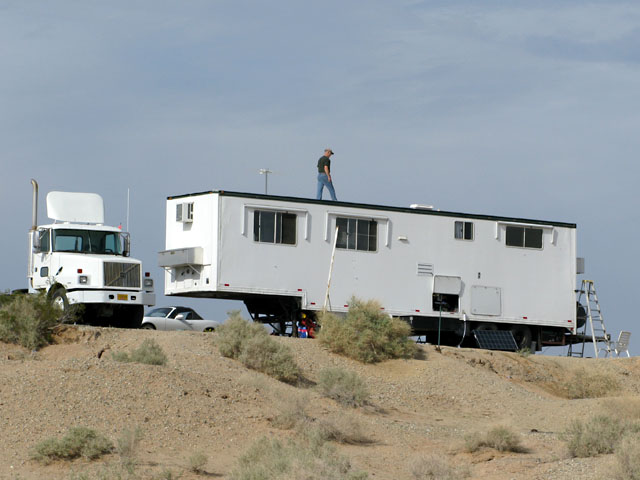 Bernie and his wife are snowbirds, spending summers in Washington and winters here at the Slabs.

He built this RV himself, handles all of his own rig maintenance, and is building a new cottage by hand back in Washington. A former HVAC repair man, he spends his afternoons lounging and riding his ATV around the desert. He and his wife have been vegan for the last 40 years.

Bernie is 80 years old. His wife is 75. They’re just one example of the many reasons why we love staying at kooky places like Slab City. 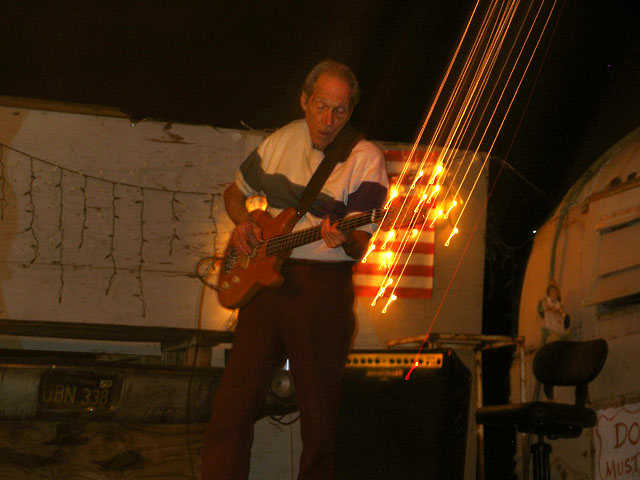 Because you just never know who’s going to rock your world here, like Don the musician.