Big Bend National Park lies along the Rio Grande River in Texas. In the old days (pre 9/11), you could cross the river and walk right into Mexico, into a quaint town called Boquillas del Carmen. 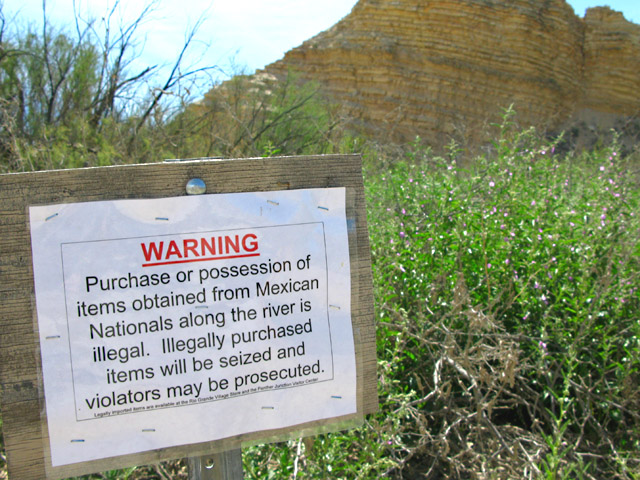 The people of Boquillas thrived on all of the park’s tourist activity.

But then our government in all its infinite wisdom, decided that it wasn’t safe for us to mingle with the Mexicans, and outlawed this favorite activity of Big Bend tourists. 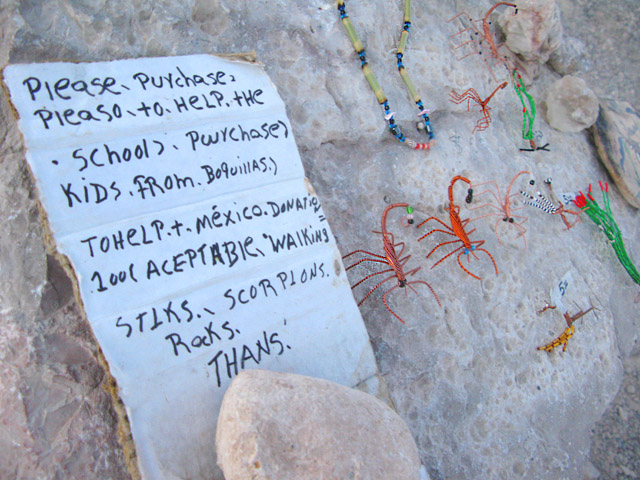 Today, Boquillas is dying a slow death. Each day, the locals risk arrest by crossing over to the park, placing their handmade trinkets for sale onto rocks where tourists gather, like at the hot springs.

Then the Mexicans run back over and sit all day long, underneath a canopy of shade, hoping something will sell. They were easy to spot along the banks of the river. 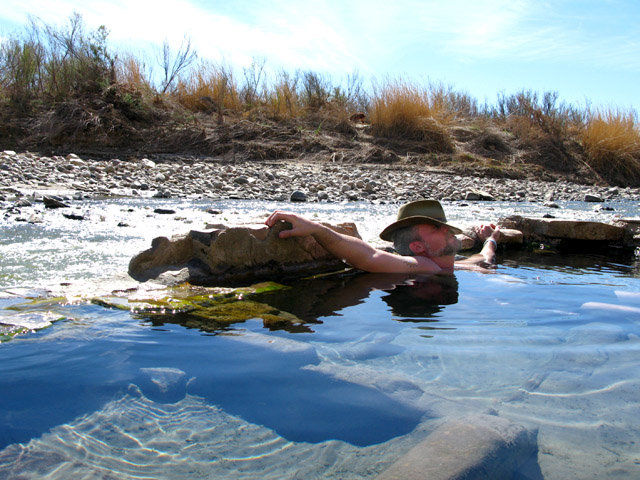 Whenever we soaked in the springs, I felt like such a schmucky American. I kept wondering; why are some of us born into such better circumstances than others? Not that I’m complaining, but still. . .

I’m so fortunate that my grandparents came over from Mexico at a time when immigration was not the issue it is today. In this era, Mexicans will risk their lives just for a few dollars a day to feed their kids. My own family had it’s hardships in the early days, but I’m betting they weren’t quite on the same level as today’s.

9 thoughts on “Looking at el otro lado (the other side)”