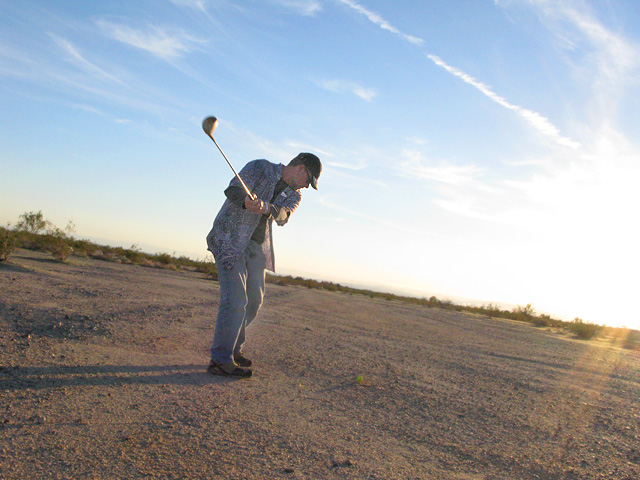 Before our Slab City experience we met up with the Vickers, who spend the Winter months far away from the icy cold of their Colorado ranch at Rancho Casa Blanca RV Resort in Indio, CA. We were passing through to catch Willie Nelson at Morongo Casino just a stone’s throw away … literally – Larry and Paulette picked us up from the parking lot where we were boondocking in their golf cart.

We reminisced about our summer workamping at the ranch, sipped cocktails, went swimming at one of their various club house pools, and enjoyed a quick nine holes of golf on the putting course outside their rig’s door. This pristine RV resort also boasts a full 18 hole course complete with hazards that include sand traps, a lake, and park model windows. But the manicured grass and level greens of Rancho Casa Blanca pale in comparison to the links at Gopher Flats in Slab City. 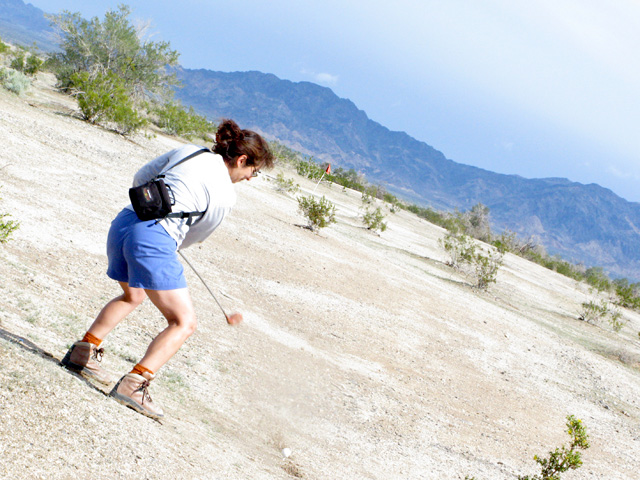 Winter Rules always apply at Gopher Flats Country Club. This may sound surprising when you consider winter probably lasts less than a week here on the slabs near Niland, CA. But one look around will explain why “preferred lies” are accepted on this course.

This is a simple way of saying that golfers may improve their lies in certain areas of the course. But at Gopher Flats it means two things: 1. Players can feel free to re-place their ball if hindered by say, a sage brush or broken beer bottle, and 2. Blatant lies about one’s score are not just accepted, but expected. 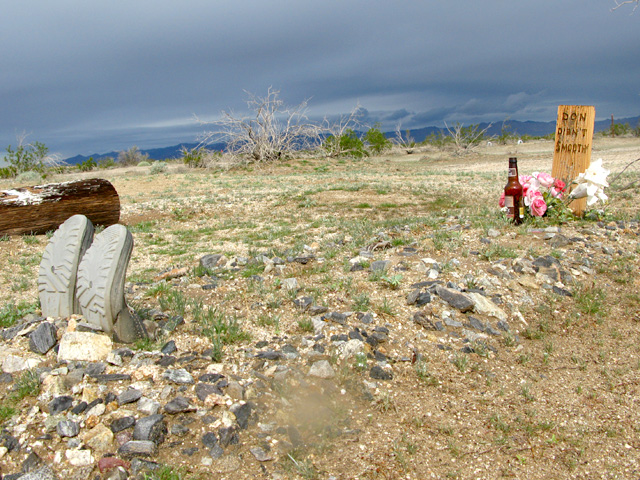 Gopher Flats is a Bob Unden signature course. Designed and created by Bob and Nancy Unden, the course makes fine use of the barren terrain. If you can find it, you will notice each hole has a tee with the distance clearly marked.

Flags are in place on the browns – you really can’t call them greens – and the cups are 8″ wide, which makes up for the bumpy rock hardpan. But that’s why you’ll also find a piece of carpet on a rope near each flag. Players are required to smooth the “greens” or pay the consequences if they don’t. 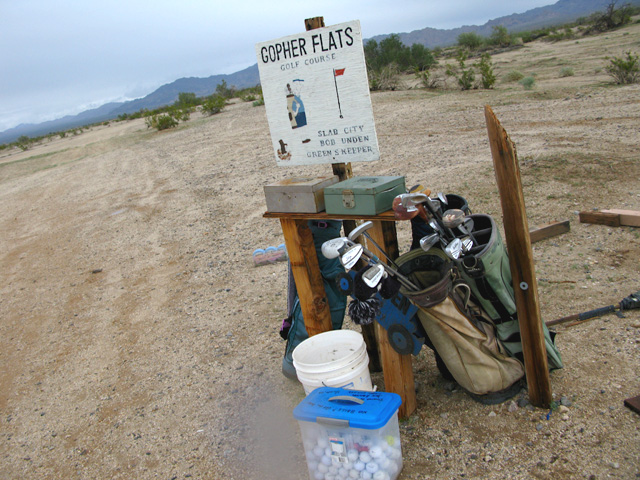 A few details make Gopher Flats shine above other RV golf resorts. For starters, the greens fees: Free! Yes, Gopher Flats is free, and open to the public 24/7 every day of the year. And not only scorecards and pencils are provided. Players have access to a wide selection of clubs at their disposal.

Sure, some of these club should have been disposed of long ago but what do you want for nothing? There are three bags, drivers and irons of all sizes, wedges and putters, both right and left handed. An ample supply of balls is also for the taking. 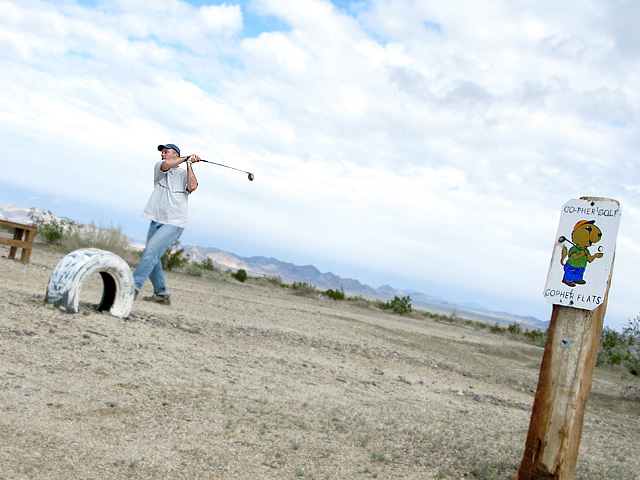 Every hole at Gopher Flats is a par 3, but when René and I played nine she shot a 59 to my 44. Do the math, and keep in mind that bit about preferred lies.

Later when we attempted an afternoon foursome with Flux and SkinnyChef, we only got through half of nine before calling it quits.

Perhaps it was the pending sunset with us a half mile from home in the middle of the desert, or perhpas it was all the Early Times, but a fun time was had by all nonetheless. 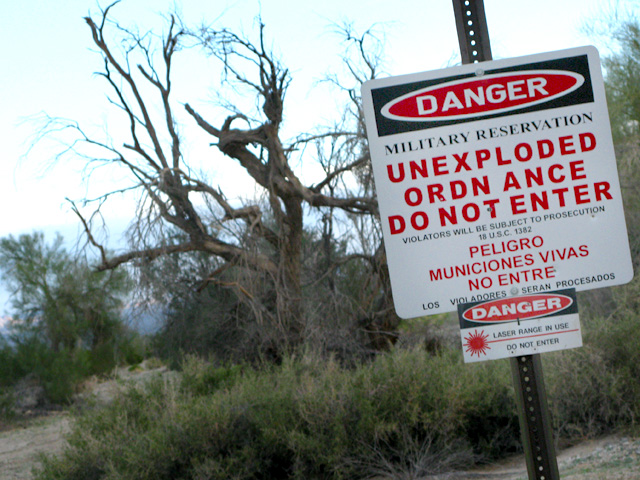 What makes Gopher Flats a must-play for any RV golfer, however, isn’t just the views, free equipment, or the beetle colonies living in the cups. It’s the fact that you can play with a front row seat to the U.S. Navy’s Chocolate Mountain bombing range.

Military helicopters can frequently be seen buzzing overhead and heard firing their big guns. Not knowing when the next fighter jet might fly by or another ground-thumping explosion might come in the distance adds excitment to every hole. And very rarely has anyone ever stumbled upon an unexploded ordnance.