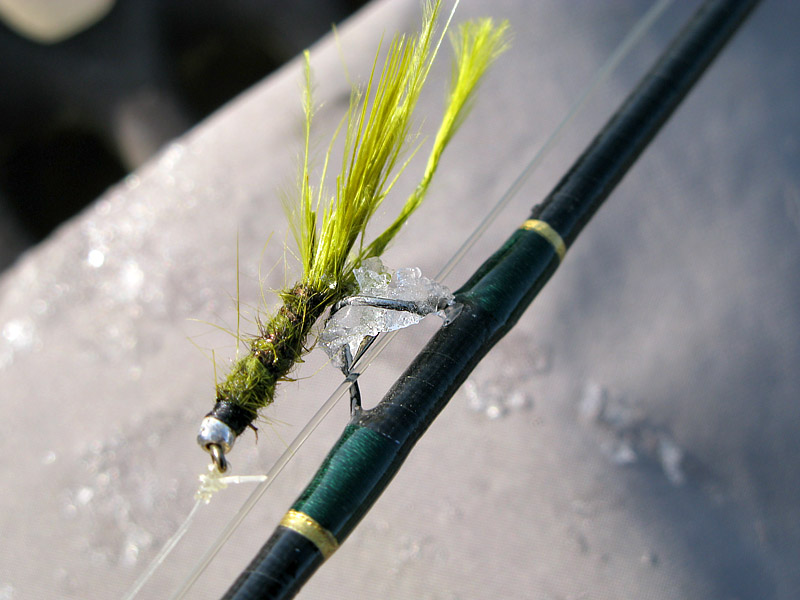 As I write this report about my chilly experience fly fishing the Arkansas River near Salida, CO a couple weeks ago, I’m contemplating fishing Williams Creek near Pagosa Springs where we are now.

But it is snowing, the water is pretty rough, and those who are giving it a go don’t look very happy.

After my windy morning on the Arkansas, I doubt I’ll be contemplating much longer. Even though we had heard the fishing was hot, it was definitely not. And while there is no such thing as a bad day fishing, I don’t care to repeat that adventure.

When we were camped along the Arkansas at Hecla Junction, we had heard the May Fly hatch was in swing and that meant the fishing was hot. It was actually quite cold. Not only did I not get a single nibble, I did not see a single Caddis Fly. 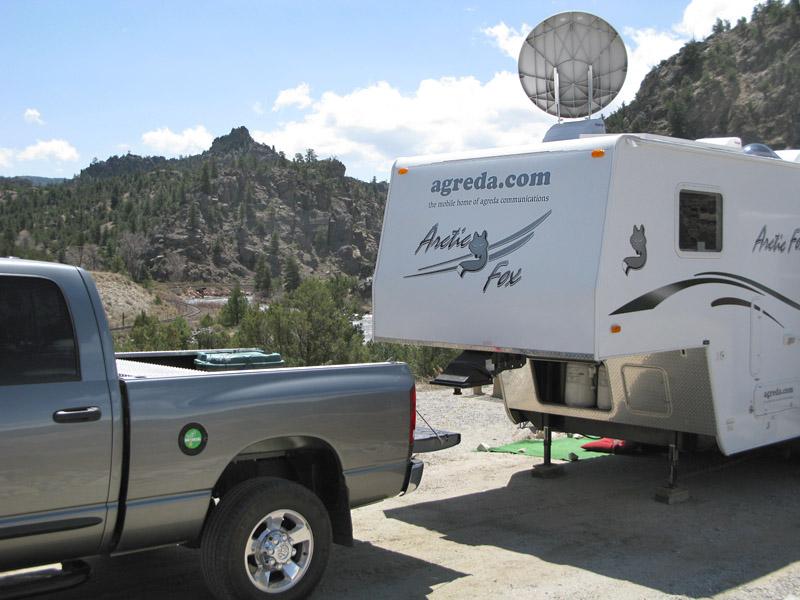 I had read about the clouds of bugs and swarms of fish feasting on them this time of year. And I also read some good tips an how to fish this section of the Arkansas.

These writers obviously hadn’t read the weather report. And we were obviously a few weeks early for the hatch.

The first morning I went out, I got in some good wading and great casts. Not a single strike, but I had a great time. I should always remember to quit while I’m ahead.

The next morning it was cold, but I thought I’d give it another try. I hiked downstream further to some nice long stretches of the river. As soon as I started casting the wind picked up. Pausing between gusts, I started to feel the chill. Then my rod did.

My casts became difficult. The line wasn’t flying as it should. And I knew it wasn’t me. It just felt sluggish. I looked for a knot in my line and discovered the eyelets on my rod had frozen. I’d heard of ice fishing but this was ridiculous.

I took a break to clear the ice plugs from my rod, tie on a new fly, and wait for the wind to calm down. It didn’t. Working my way upstream, I decided to give it one last shot in what looked like another nice spot.

My reel quickly started acting sluggish. Now it had frozen and my line was having a hard time with ice in the eyelets again. Time to call it a day and go get some hot coffee! Better luck next time.

At least we got in a great hike for some awesome views of the Collegiate Peaks later that day!

My hands are cold just writing about this. I dn’t think I’ll be going fishing today.

9 thoughts on “Frozen Fishing Report from the Arkansas River”