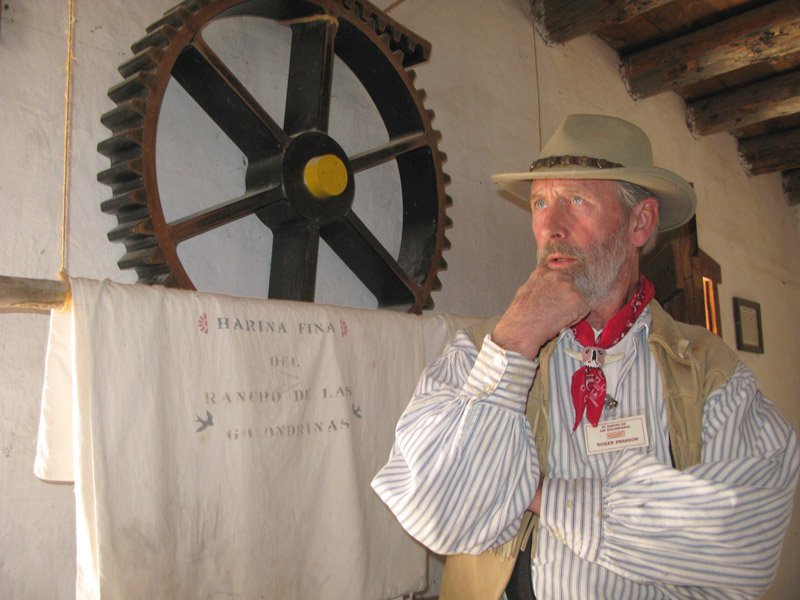 I must say, I never really thought much of the whole “living history museum” thing. Heck, I didn’t even know what one was until we discovered Shelburne Farms when we stayed at the city campground in Burlington, VT last year. But we didn’t even pay that one a visit.

I have to thank our new friend Roger for opening my eyes to how cool it would be to work as a docent or interpreter at one of these living history museums. Roger volunteers as the 18th century miller at Rancho de las Golandrinas.

In fact, Roger is also the millwright, considering he started out in 1991 by building the new water wheel for el Molino Grande – the Big Mill from Sapelló. He enjoyed it so much he now operates the mill, grinding whole grains into flour for the public to see how it once was done. And I must say, he makes the best whole-grain pancakes I’ve ever tasted. 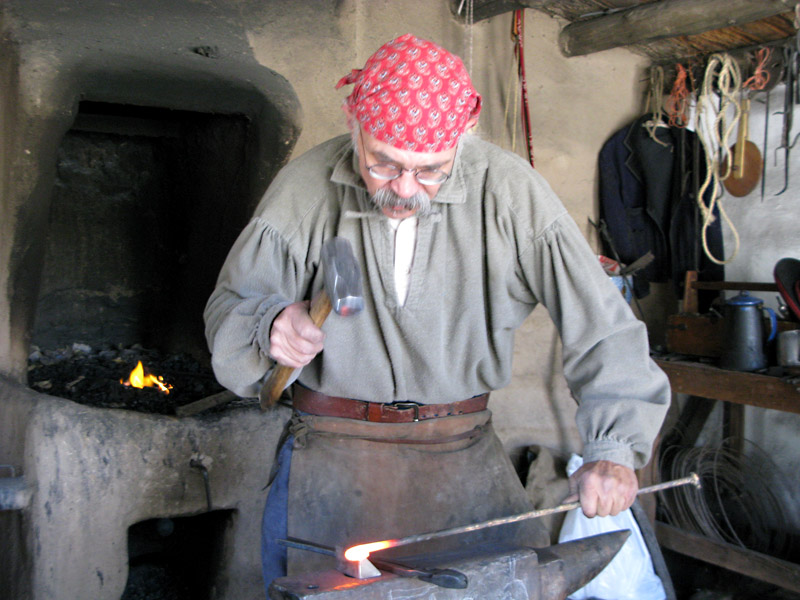 Experiencing the 18th century economy of rural New Mexico first hand was pretty cool. Roger gave us the elite tour of the mill operation, and made sure we visited the smaller Truchas Mill which is driven by a horizontal water wheel. We spent time with his friend the blacksmith who was making bolts at the time. And the women weaving were a sight to see. It’s just too bad the bakery wasn’t fired up at the time.

But I think I could really enjoy being an old printer. And I do mean an old-timey printer! I have no desire whatsoever to operate a press in my old age. Been there, done that.

During the Golandrinas Civil War Reenactment, there was an old looking flier posted on one of the buildings announcing a rally for President Lincoln. And that got me thinking. If Rancho de las Golandrinas, or some other living history museum was looking for someone to rebuild and operate a turn of the century press, I would be all over that. If they hired workampers, even better.

4 thoughts on “I could be a turn of the century printer.”