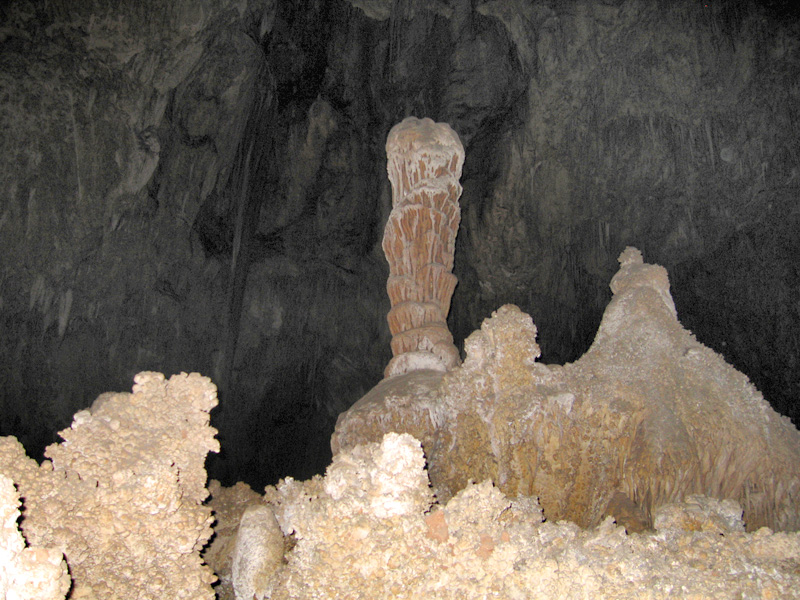 We just had to stop at Carlsbad Caverns when passing through Whites City on our way to Roswell, NM. And we just now got around to updating all the pictures in the gallery below.

I’m not one to thoroughly enjoy the whole tourist scene, so I am certainly glad we did this on the off season. I couldn’t imagine the amazing silence and utter calm of this place being disturbed by the hordes of children who reportedly show up in summer.

And I must admit, this place was pretty amazing. Though it was a pretty much a whole bunch of rocks that started looking similar after a while, I can honestly say it was much more amazing than René’s “most amazing” Pile of Junk in Austin. 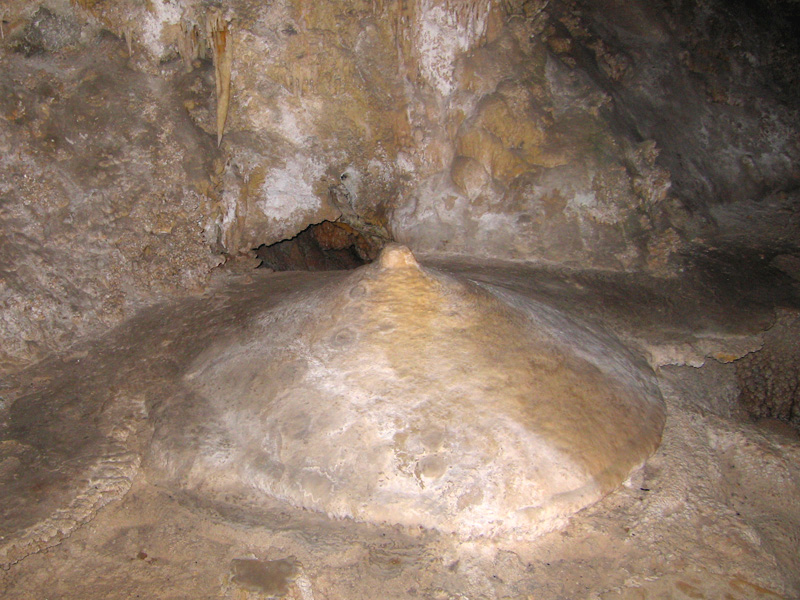 This vast open space underground is quite dramatic. As are all the tiny crevices leading to nowhere, or who knows where.

Stalactites, stalagmites, draperies, columns, popcorn … the cave decorations with names like Lion’s Tail and Rock of Ages, are all pretty incredible when you consider how they formed. And how long it took. My particular favorite is this one I so aptly named Slippery Nipple.

While the three mile hike we took through the Natural Entrance and The Big Room is easy and paved. It’s hard to imagine the early adventurers who scoped out the place on their own.

The only bad thing about seeing Carlsbad Caverns in the off season is that we missed the nightly escape of the nearly half a million resident Brazilian Freetail Bats who spend their off season in Mexico.