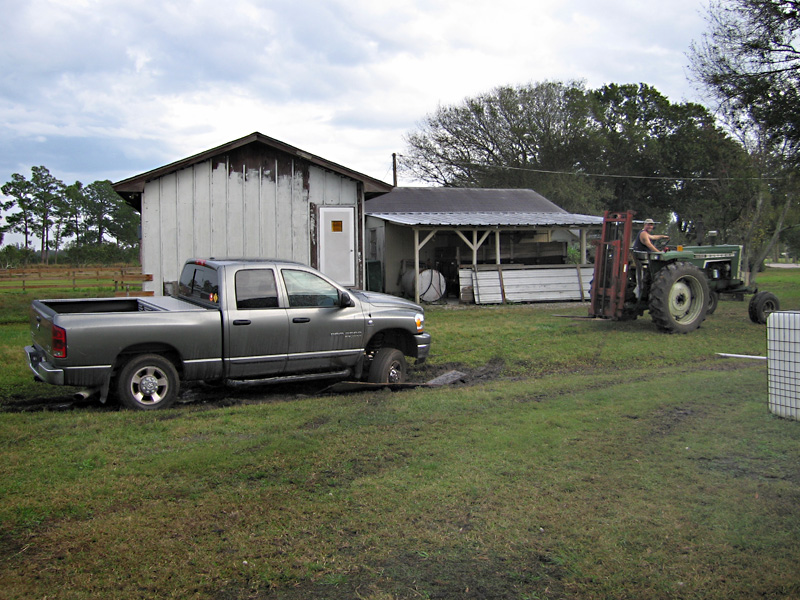 Ok, I admit it. During times of crisis, I completely freak out. The spaz button turns on, and I hyperventilate and run around, yelling out loud until I can get all the anger out, blame Jim, and then work on solving the problem. Jim, however, really pisses me off with his ability to remain calm during stressful events. To his credit, his method does work a little better. Don’t tell him I said that.

Take last week, for example, when I drove the truck straight into a muddy, grease filled ditch out by the side of Farmer Brian’s biodiesel garage.

Even in four wheel drive, those tires just kept spinning and digging our pretty truck deeper into the sandy Florida earth. Mud flew everywhere. I screamed. I yelled. Then I threw the keys at Jim and walked away. 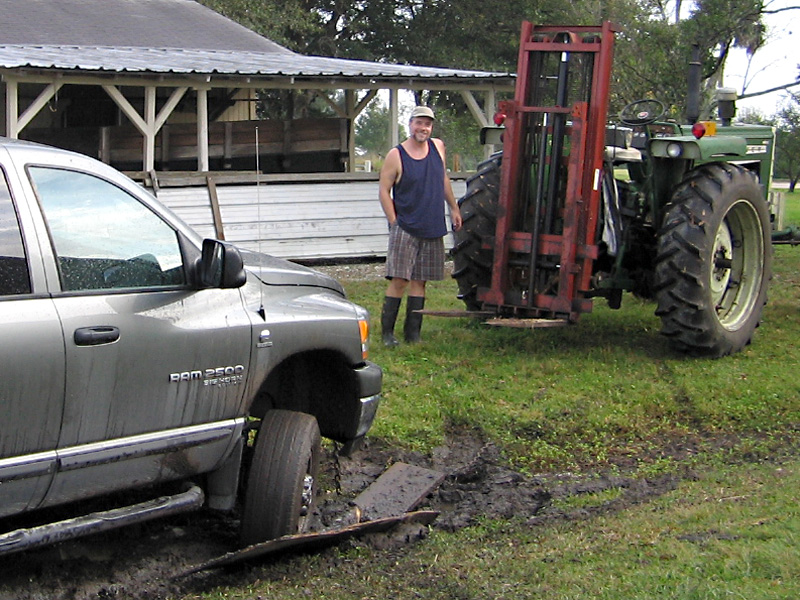 While he was trying to get the truck out, I panicked and called Farmer Brian for help. Unfortunately, he was far away, out of town for several hours. We were on our own. Jim thought fast, and hopped on the farm’s tractor / forklift thingy. He chained the truck up, and I got in and tried to steer it straight out of the mud, screaming the whole time. Finally, we were out onto solid ground.

The whole thing was over almost as fast as it started, and I had to do a lot of kissing ass for being such a big baby. Had I only calmed down and thought with a little more clarity, we might have gotten out on our own, without having to look like total idiots in front of the Farmer.