When we were about half way across the U.S., I realized it would be cool to go see my old childhood home in Chatham Township, NJ after we visited my sister in Upstate New York. 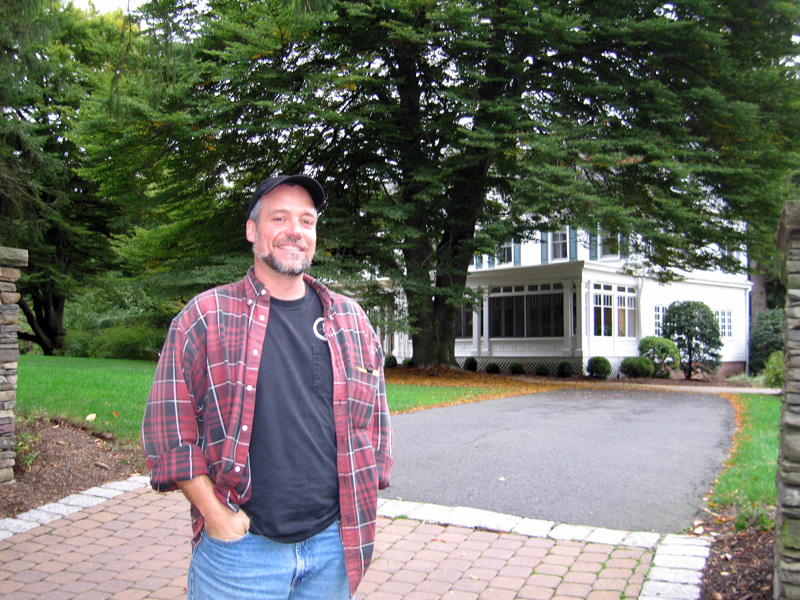 As we approached the area, pulling the trailer through Morristown, I started to wonder if it was such a good idea. Not because of the narrow roads and traffic, but because it was becoming apparent that things are not always what they seem. In fact they never are in adulthood, especially when seemed long ago by the mind of a ten year old.

With no internet access at our Mahlon Dickerson campground, we headed to the Library of the Chathams to get spoiled by some blazing fast WiFi and find our way to 55 Southern Blvd. Always referred to as the big white house at the top of the hill, my house was still there, and it is still white. But there was just something about it that didn’t feel right.

I understand why it might have seemed bigger because I was so much smaller the last time I saw it, but that wasn’t what bugged me. The old place had just lost its character. Or rather, various owners over the past thirty odd years have probably spent gobs of money to get rid of that character. The big white house is now just another McMansion on another New Jersey township road. 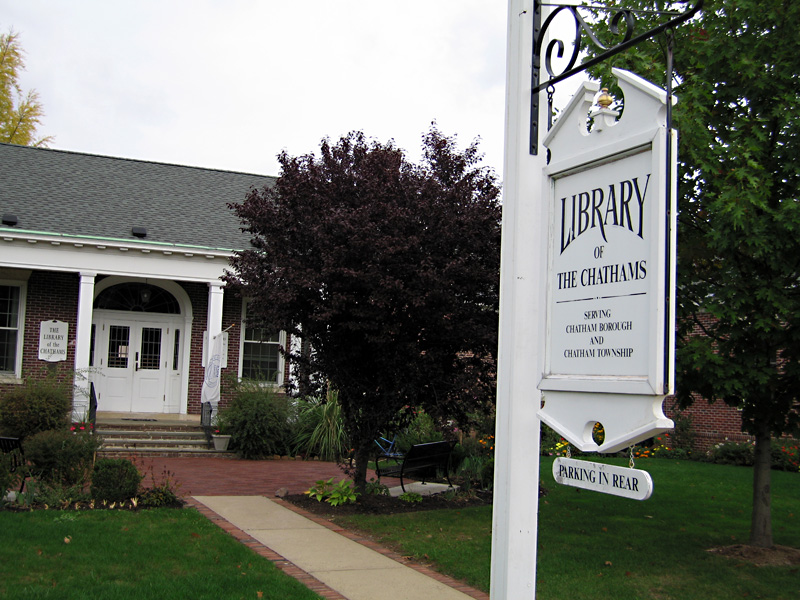 The two nearest upstairs windows were to my room, which is probably two rooms now. The screened porch below is where I remember my father sweating, and sanding, and cussing, and sanding, and sweating, for what seemed like every summer we lived there. I don’t think that project was ever done, but it looks far too pristine now. At some point, someone planted hedges along the road which have fully grown to hide the house. Good for the owners, considering the quiet windy road I remember walking to school along had become yet another thoroughfare between at least a couple strip malls.

The renovations my parents did to the kitchen, exposing an old beehive oven, obviously weren’t enough as there is now another addition off the back of the house. And there is a large building in place of the cute little pool house. There was a tall fence in back cutting off access to what used to be a neat little creek. And there was certainly no more old ivy spots on the aluminum siding.

Overheard in the Chatham Library by two old retired guys …

“I’ve lived here 45 years, I don’t care for it much any more. It’s a dump … Too much fornicating going on too. Too many children. They got nothing better to do … Damn taxes among the highest rates in the country… Can’t even afford to be buried in Chatham!” 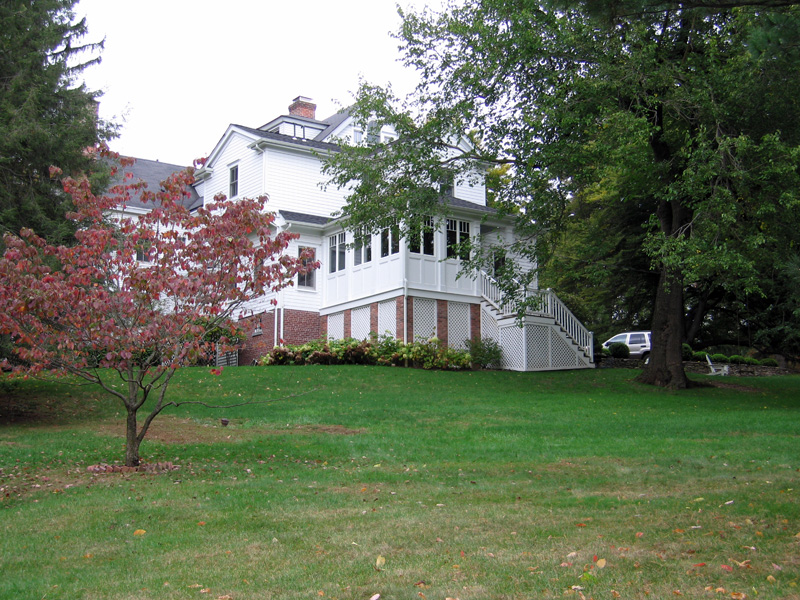 The big hill out back where we used to go sledding, was not nearly as big as I remember it. And neither was the big side yard where the big kids would play soccer. But there we go again with that size to age ratio. Frustrated by the traffic, and disappointed so far, I didn’t bother tracking down my old elementary school. Instead of dealing with soccer moms at rush hour, we decided to eat. We were starving after skipping lunch since I had mapped a route to Gasoline Alley, a restaurant I fondly remember from my childhood. I swear I remember seeing Simon and Garfunkel or Jim Croce or someone like that play live there. But how was I to know who? I was probably seven, or eleven.

You can’t always trust Google Maps either. Either this place doesn’t exist anymore, or it is hidden incredibly well with strip mall camouflage. After cruising around the neighborhood by car and on foot, we realized it must be the place with the front ripped off and all the construction going on. Thorough disappointment set in for the little boy inside this big hungry man.

We decided once again to find a bite somewhere. After determining we did not want strip mall Chinese food, we eventually found Orphan Annie’s Bar and Grill. The atmosphere lived up to the sign describing The Home of Hot Blues, Cool Jazz, and Live Rock-N-Roll. But it was definitely more bar than grill. The only thing missing was the smoke, thank goodness. And the Blues.

No live music for us. And not much for a vegetarian to eat either. We opted for another fried mini meal and a salad back at the trailer. Clam strips and fries with some onion rings tied us over, but only added to my sense expectations lost. A day spent in traffic topped off with starch, while bigots dropped the “N” word talking about how “they” should all go back where they came from, is not exactly how I expected to relive my childhood for a day.