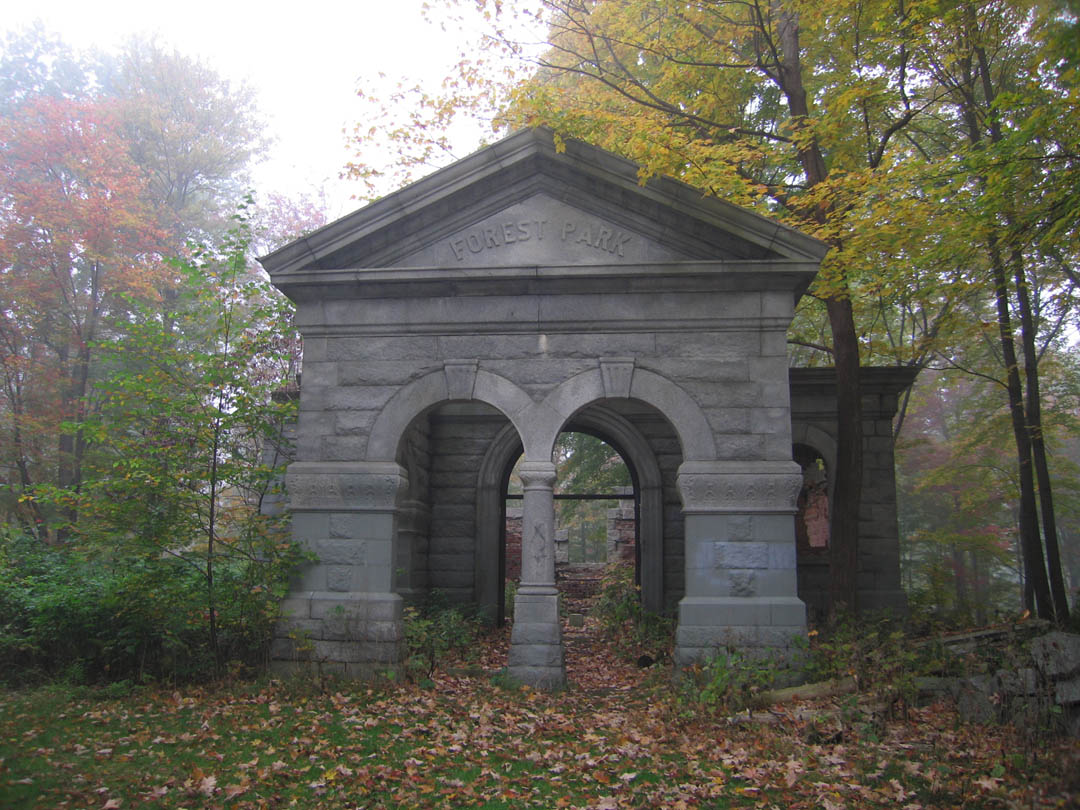 We rode our bikes there early one foggy morning. Located off a rural country road, it’s not hard to miss. We went around what’s left of the front fence and inside the receiving gates, poking around a broken monument entry area. As we checked out the satanic graffiti, we waited for the spirits to greet us. 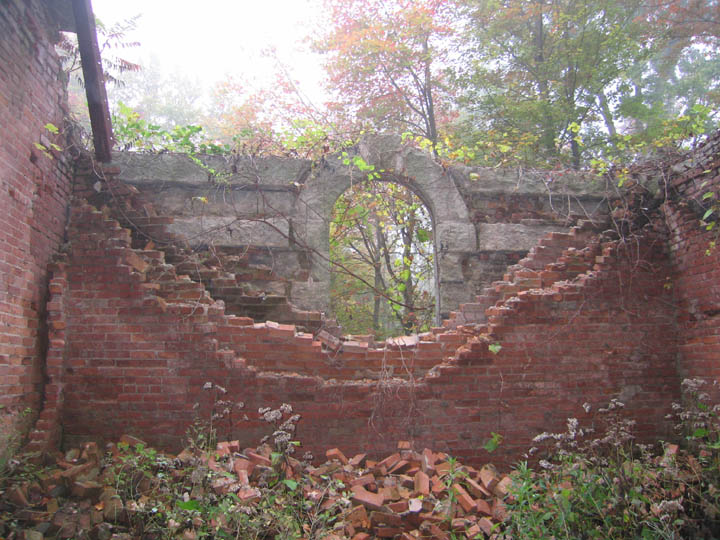 It’s incredibly historic, and graves date back to the mid 1880s. But the grounds are overgrown, and haven’t been maintained for many years. Broken graves are everywhere. I kept thinking of all these people who thought their little monuments would live on indefinitely. Really sad to see that a cemetery can look like such a wasteland.

You can look inside a crypt that collapsed (thankfully, it’s empty). The area is thick with forest, and the grounds seem to go on forever. If you keep going past the front of the cemetery and wander out into the deeper woods, you’ll think you’ve left it. But suddenly, a cluster of grave stones will rise up from the ground. Along with a couple of creepy headless statues. Which some say have been known to bleed. Other stories of Forest Park hauntings include crying babies, dangling corpses and a vanishing hitchhiker.

At one point I rode out ahead of Jim, and out of the corner of my eye, saw a blurry white mist float quickly through the trees. “EEEEK!” I screamed so loud, then duh, I realized it was a herd of deer. At least, I think that’s what it was. 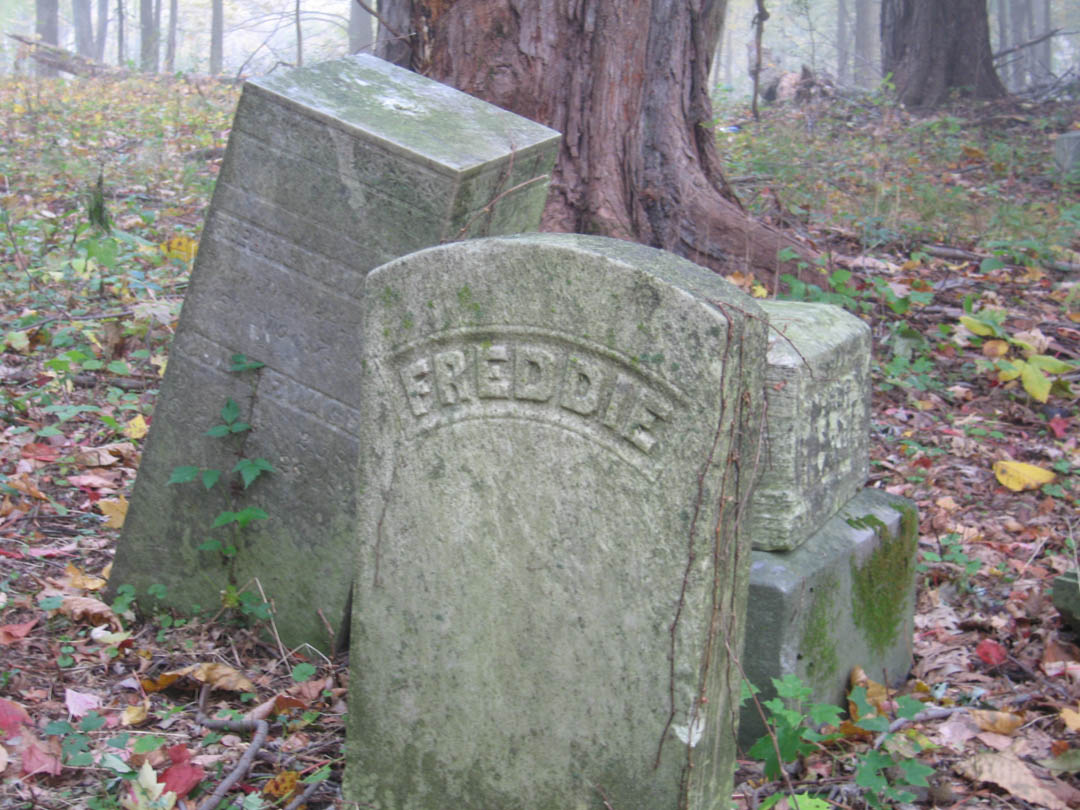 Later, I looked down and found a cell phone on the ground. I opened it up, and immediately thought of that Twilight Zone episode where the elderly woman keeps getting haunted phone calls from her husband’s grave. I set it back down.

Jim found a nickel on a grave. I always pick up coins on the street but this time, I told him to leave it.

We were both kind of speechless as we walked across this post-apocolaptyic looking landscape. This was one of the creepiest places we’ve ever been to. No dancing, happy dead muertos here. We got out in a hurry and left with our hearts in our throats.

37 thoughts on “Ringing Up the Dead in Forest Park Cemetery, Brunswick NY”