Let’s face it, most of us are lazy. We like our routines, no matter how detrimental to our quality of life they might be. Even when little signs start appearing in our lives, whispering to us that maybe it’s time for a big change, we tend to ignore them for years, if not all the way to the grave. We just don’t like change. Even Jim and I made the move to sell our business only after Jerry got sick. Like many, it took a traumatic event to get our butts in gear. 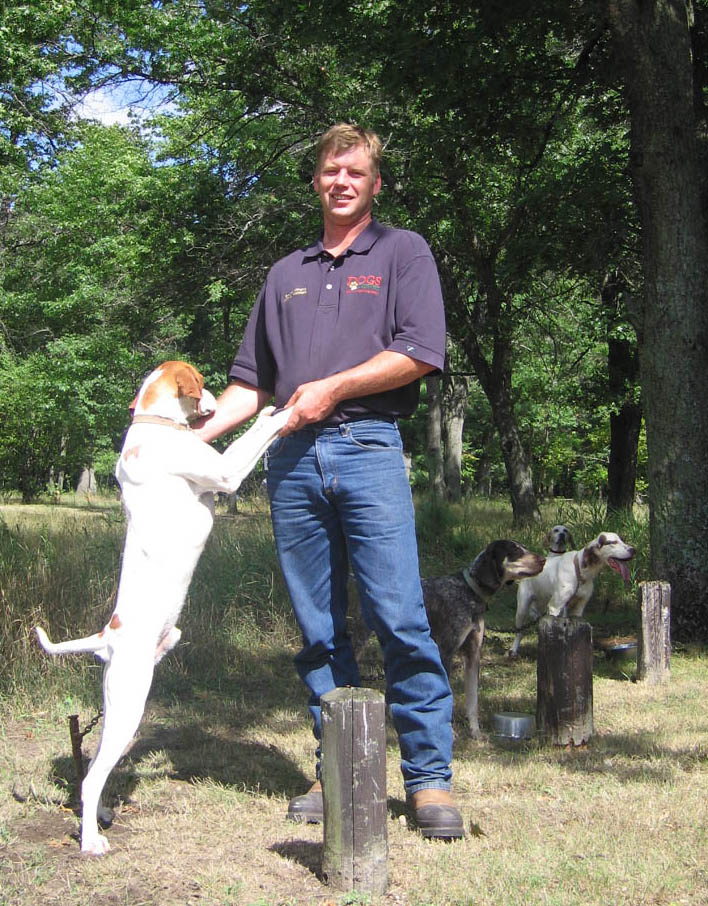 But change doesn’t always have to come about as the result of sickness or loss. One person we recently met at a campground is absolute proof that when we humans do embrace change and run with it, the rewards in life are so much greater than staying with the status quo.

Fun with Wild Bird Dogs
We met Bruce Minard of Hi Five Kennels while boondocking at House Lake Campground, in the Michigan State Forest, outside of Meredith MI. Bruce was there with a group of hunting enthusiasts participating in the Michigan Amateur Field Trial Club event. These new signs were the only indication that over the weekend, something like 50 hunting dogs would rule the campground. Since we would rather hear a hundred dogs barking over the wailing of a human infant, we were OK with that. 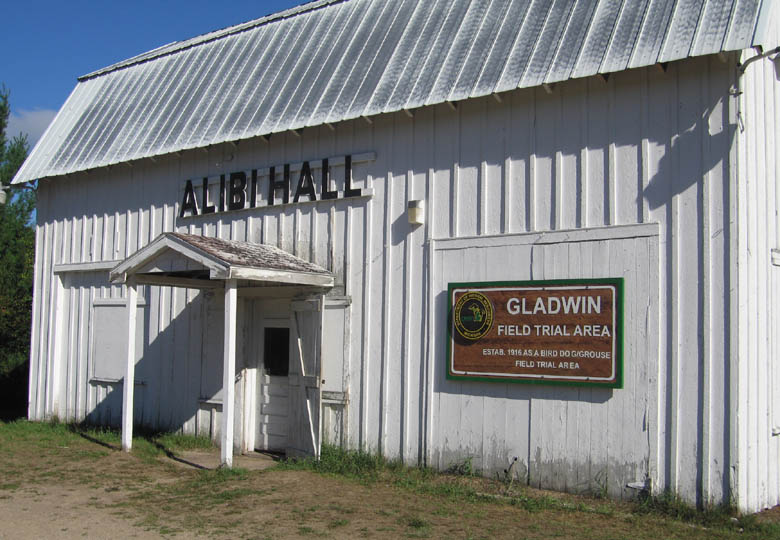 As Jim and I were putzing around outside of our RV last Saturday, Bruce walked by, and struck up a conversation with us. As we started chatting about his creative line of work, it was so obvious that he really loves what he does.

In his former career, he was a journeman drafting and design engineer for an injections molding company. When the business started sourcing much of their work overseas, his work hours became so sporadic that he couldn’t take it anymore. So he quit. That was in 2002. Now, Bruce says, “I get paid to go hunt!”

Bruce grew up hunting and training upland bird dogs, and today, he’s a professional grouse dog trainer. He’s turned what was once a recreational pastime into a career that allows him to travel, be outdoors, and work with his son during summer.

He does what he loves by training gun dogs and field trial competitors. Each year, he’ll take on anywhere from 12 to 14 dogs at a time, beautiful dogs like English Pointers and Setters. His training/boarding fee starts at $500 per month, per dog. That’s a nice living, in addition to up to $10,000 a year in purse winnings he can garner from competitions like the one that was going on when we met him. 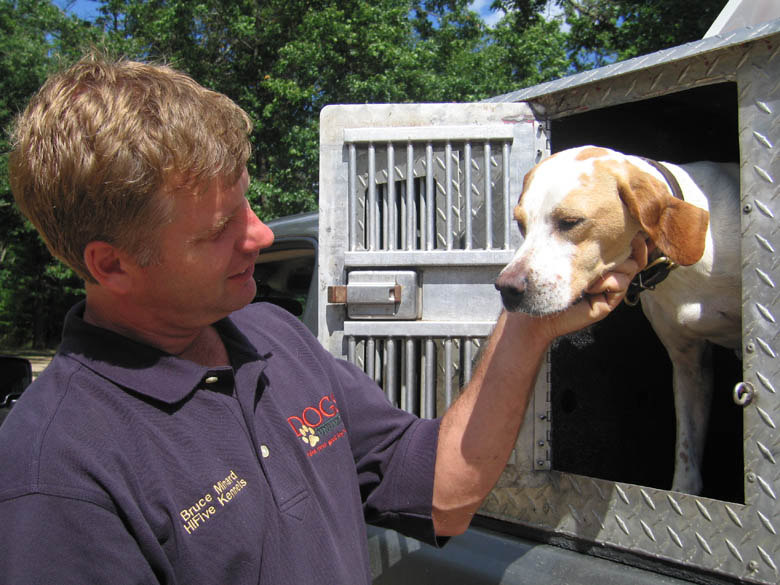 At the campground, we got to meet his champion dog Rudy, who was chosen as Dog of the Year in three states, Minnesota, Wisconsin and Michigan. On his website, he says that Hi Five’s goal is to turn a dog into the best wild bird dog it can be.

An All Year Hunting Season

One would think that his business is only something that makes money during hunting season, but it isn’t. Bruce trains dogs all year. Many of the dog owners hardly ever see their prize winning dog, since they’re always on the go with Hi Five. The dog owners are just satisfied knowing that they have a champion dog, and they continue sending their dog to training camps to keep those awards coming. When the snow falls in Michigan, Bruce will take the dogs south to warmer climates in places like Oklahoma, Kentucky or Arizona, to keep them in top condition.

Like any business, it’s not all fun and glory. If a dog fails his one month evaluation period, Bruce will have to tell the owner that their dog just isn’t wild bird dog material. And of course, looking after that many dogs all year long isn’t always easy. There’s a lot of maintenance and cleanup. Or, as Bruce likes to say, “There’s just no romancing dog crap.”

Hearing Bruce’s story was encouraging. As Jim and I reach the three month mark on this trip, still not knowing what line of work we’ll be in when it’s over, it was so great to meet someone who really loves what he does for a living. We’re definitely going to do our best to arrive at that place in life too.

7 thoughts on “Do What You Love, Rewards Will Follow”