Who plans their cross country route around a stop at the world’s largest thrift store? My funny frugal wife, that’s who! 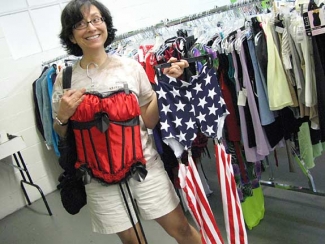 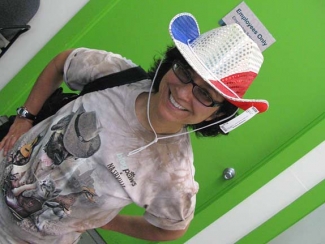 Where is the Unclaimed Baggage Center?

That’s right, on the return trip from our East Coast vandwelling adventure, me made a less than convenient swing through Scottsboro, Alabama to see what we might find at the UBC (Unclaimed Baggage Center). 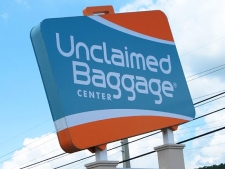 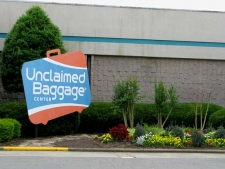 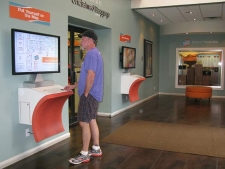 You won’t find much else in Scottsboro, but granted, we didn’t stay much longer than than it took to browse the many aisles of unclaimed baggage at the UBC—which took quite a while! You will however, find a number of other lesser stores selling the same sort of stuff—claiming deals on items found in, you guessed it…more unclaimed baggage

What is the UBC?

The UBC claims itself to be “America’s Only Lost Luggage Store” but someone should tell that to all the other smaller shops in Scottsboro! They were clearly the first though, and it is certainly the largest. The Owens family has been selling off other people’s lost property since 1970. Some of these found items have proven to be quite outrageous, everything from suits of armor to fine jewels.

What started with a small load of lost luggage piled on card tables in a small rented house, now fills multiple buildings covering a full city block. The UBC is now one of Alabama’s largest tourist attractions, seeing a million plus visitors every year. How’s that for a state’s top claim to fame?

Check out some of the unusual items found in unclaimed luggage, to see if the UBC is worthy of the accolades…

What can you find in Unclaimed Baggage?

We first heard about the UBC on Morning Edition while listening to NPR. Once Rene learned about this Mecca of second hand merchandise, it had been on our radar ever since.

Honestly, I have been to better thrift stores. Not necessarily bigger, but certainly with better selections, and higher quality goods. The Goodwill in Grand Junction, Colorado for instance has been a default stop before our workamping job at Vickers Ranch over the years. 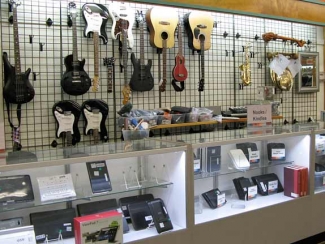 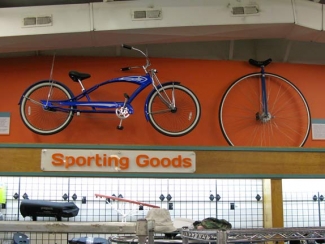 I didn’t find any dope come up while browsing other peoples lost items. Likely because the UBC is always busy, with professional pickers getting the good stuff early.

But what the UBC lacks in quality scores, it makes up for in deals on electronics you don’t normally find at second hand stores. Prices overall were a bit high for a thrift shop if you ask me. But if I were in the market for a new Mac, iPad, Kindle or camera, I could have saved quite a bit! Or even made a few bucks turning them around on eBay. That must be why they have daily purchase limits on high ticket items. 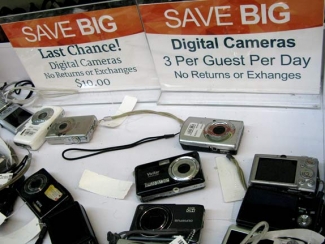 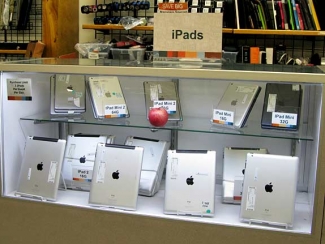 Visit the Unclaimed Baggage Center for the experience, even if you’re not an experienced “Yard Sailer” like Rene. The UBC is really more of a museum, with walls adorned by many of the most interesting finds from over the years.

Between the troll from Labyrinth that greets you at the entrance to Tinkerbell above the checkout aisle, you will find tribal breastplates, giant drumsticks, a model clipper ship and much more. 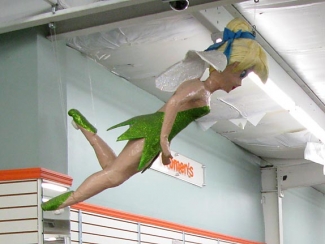 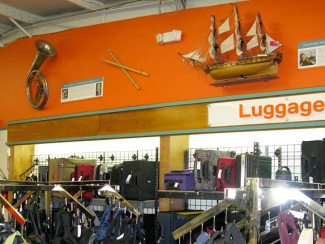 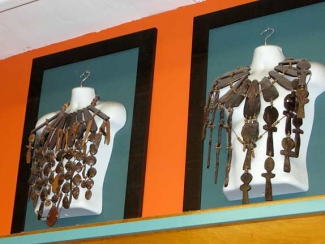 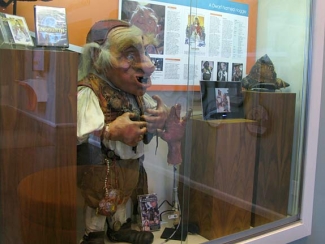 Having lost luggage in the past, there is one thing that bothers me about the UBC. When it comes to phones and computers or other items for which the owner could easily be identified, I wonder what if any lengths were taken to contact the individual. Take for instance the Roadie Case clearly labeled with Neil Diamond’s name. 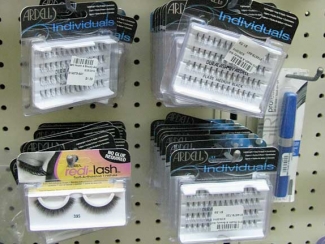 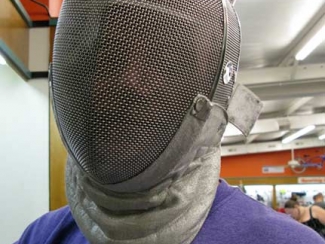 For the record, I have no idea if there are larger thrift stores than the UBC. There very well be larger one, but none with a more interesting selection of second hand goods.

Where are some of the best thrift stores or odd attractions you’ve found in your travels?