On the first leg of our snowbird waltz across West Texas Highway 90, we made a pit stop at the Prada Store in Valentine. 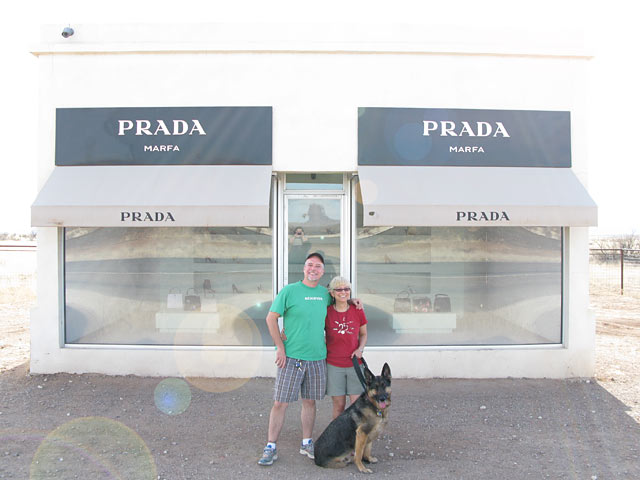 After last year’s controversy about the Prada Store artwork versus the Playboy Hot Rod billboard and the legality of roadside advertising / art, we wanted to see if this landmark was still standing.

The good news: it’s still there. The bad news: it’s showings signs of age and it may not be here next time we come through. 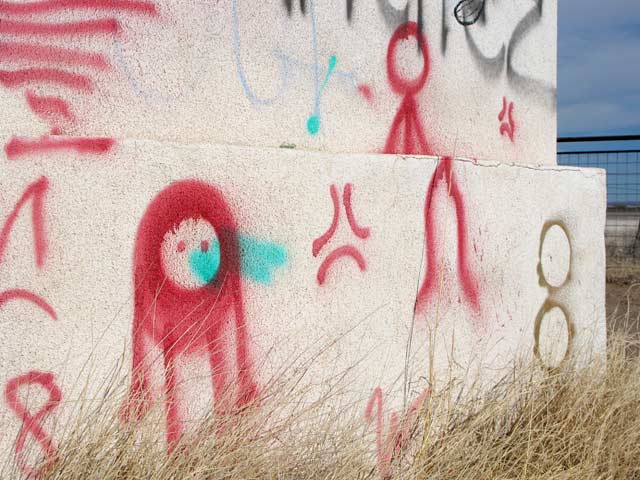 The Texas Department of Transportation (TXDOT)’s order to remove the structure is still being considered. For now, we’re glad that government moves at a snail’s pace. Art still rules.

Later than night we made our usual pass through Marfa (a town that thinks a little too much of itself in my book) and directly on to the Marfa Lights Viewing Station, where we boondocked for the night, hoping to catch another glimpse of the glowing orbs. 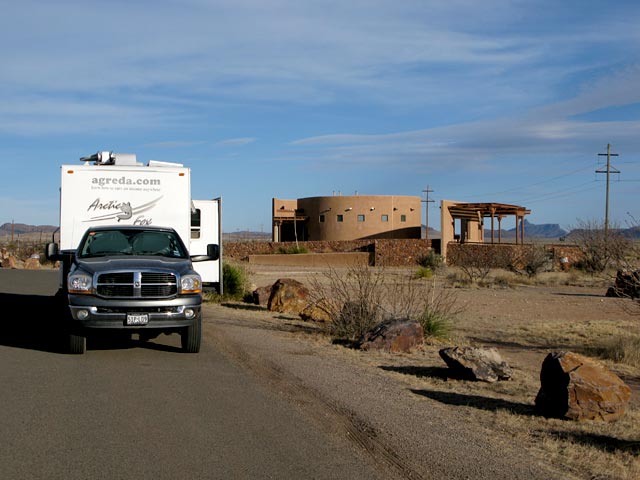 When dusk fell and low clouds appeared, along with dozens of sky watchers, we had a feeling the lights wouldn’t show up, and they didn’t. One guy who’s been there seven times said he’s only seen them two times in seven, so we weren’t too surprised by their absence.

That’s OK though. The best part about this roaming lifestyle? There’s always next time.