Traveling from coast-to-coast puts you in the middle of some very interesting places . . .

We took the slow route from Goosenecks State Park to Las Vegas, and meandered along the Utah/Arizona border. First to Kanab, Utah, then down to the infamous Colorado City, Arizona. 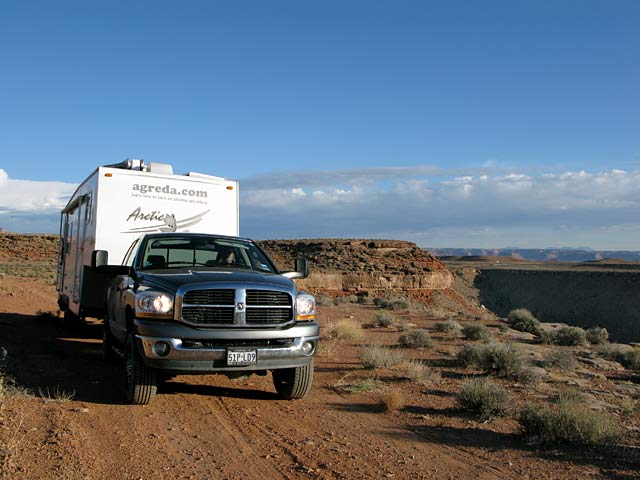 This town of just 4,000 or so residents is ground zero for the nation’s largest enclave of Fundamentalist Church of Jesus Christ of Latter Day Saints (FLDS) followers in the country. FL-who you say?

Remember the arrest of Warren Jeffs, the FLDS leader and dirty old man arrested for rape, incest and polygamist marriages to more than 80 women? Well, he might be serving a life sentence in prison but his tight-knit, welfare-sucking-U.S.-government-hating cult is still thriving and under his spell in this creepy cult town. 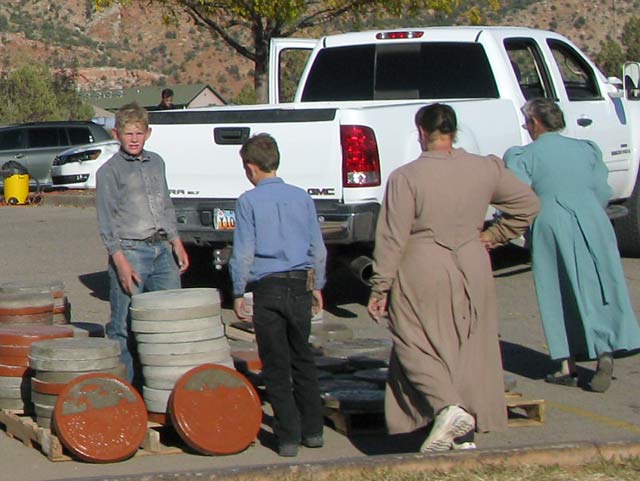 After learning about FLDS practices in Jon Krakauer’s Under the Banner of Heaven: A Story of Violent Faith I really wanted to see Colorado City up-close and walk around a bit, but Jim got a bad feeling and wouldn’t stop.

Now, I’m glad we didn’t. Apparently the town is covered with a network of hidden security cameras used by FLDS leaders to spy on everyone from visitors to residents.

Yes folks, right here in the Land of the Free, you can still form your own religious cult on American soil, use government funds to feed your hordes of inbred children and buy new pickup trucks, while simultaneously proclaiming that the Feds are the devil and your wives are your property.

1 thought on “Sister Wives Drive By in Colorado City, Arizona”