Truck stop boondocking is typically our last resort when we’re on the move. But we had to be at RV America in Longmont, Colorado for an important repair early last Thursday, so we chose to overnight at Johnson’s World Famous Truck Stop, which is conveniently located next door. 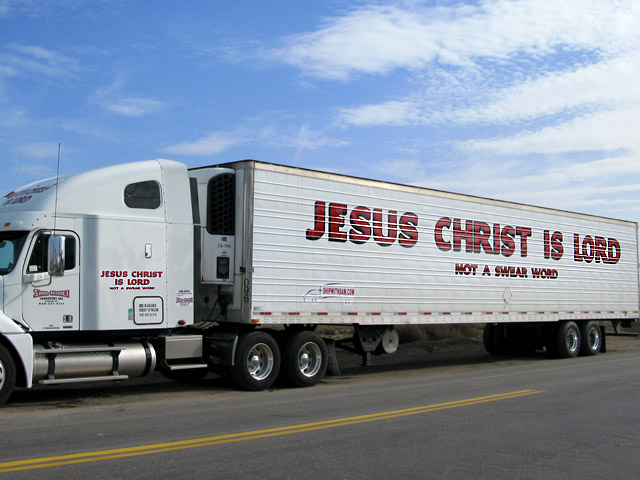 You know what you’re in for with truck stop boondocking, but you can often avoid the worst repercussions:

We found an edge slot and thought life was good. Silly us, we assumed that no trucker would dare squeeze between our extended slide out and a large concrete post just several feet away.

As I made dinner and Jim sat working on the couch, I saw him look up from his laptop, and watched as his eyes suddenly popped out of his skull.

A rig’s backup lights were coming closer and closer. 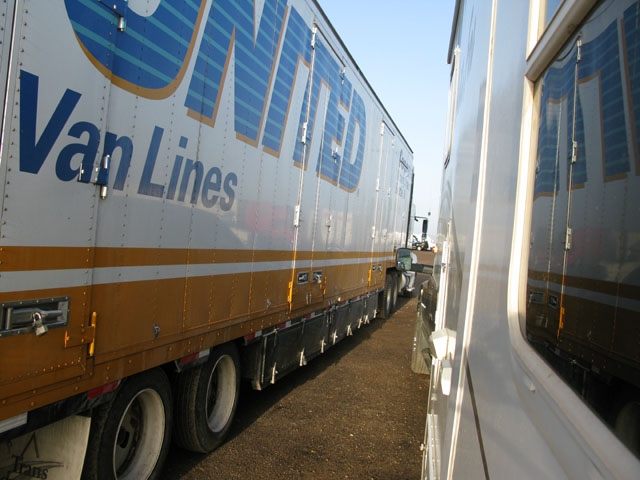 “He’s not going to back up, that would be stupid!”

Finally, when it was about eight feet from the front edge of our slide, the rig’s air brakes came on. Soon afterward a scruffy balding trucker walks over to the back of his rig, looks at our slide, shakes his head and walks away.

Before we could breathe a sigh of relief, the backup lights went on again. He was going to go for it.

“Agggh! HURRY! Pull in the slide!”

We scrambled. At about the same moment that the slide was finally in, the trucker stopped. He was about four feet from our window. Our slide is around four feet deep. There was no way he could’ve fit between us and the post, if our slide was out.

Trucker Man just assumed we would comply with his parking need.

And of course, we did.

Just because we also drive a “rig” and listen to Road Dog Trucking, we’ll never again assume that we think along the same lines when it comes to overnight camping at truck stops.

17 thoughts on “How to Avoid Cheapskate Boondocking Disasters”