Come Labor Day weekend, a twinge of envy and a slight yearning for the past whispers in my ear whenever I hear people talk about going to Burning Man.

Back in the day, we used to go. But when Black Rock City’s population exploded from 200 people in ’92 to several thousand by our last year in ’96, we decided to call it done.

Labor Day weekend hasn’t been the same ever since. 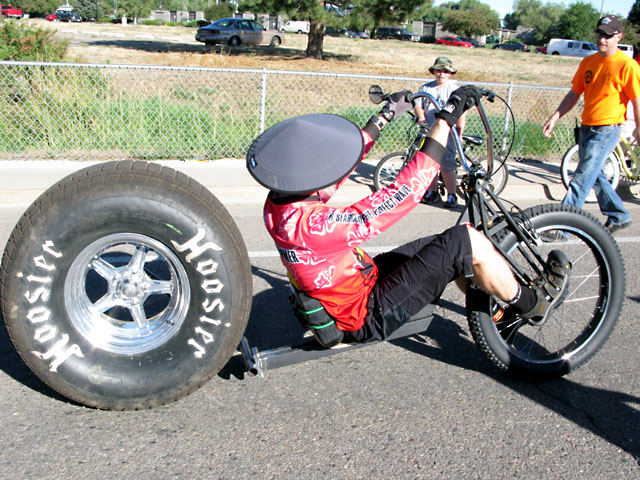 Fort Collins is the epicenter of bicycle and beer culture. Fat tires and big beefy beers go together here like hippies in Humboldt. 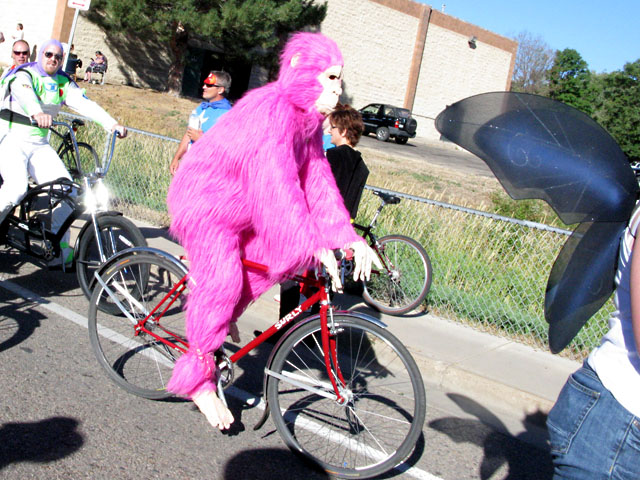 As the headquarters for super eco-groovy, New Belgium Brewery, no matter where you go you can’t help but soak up the sudsy vibe of laid back college town living. 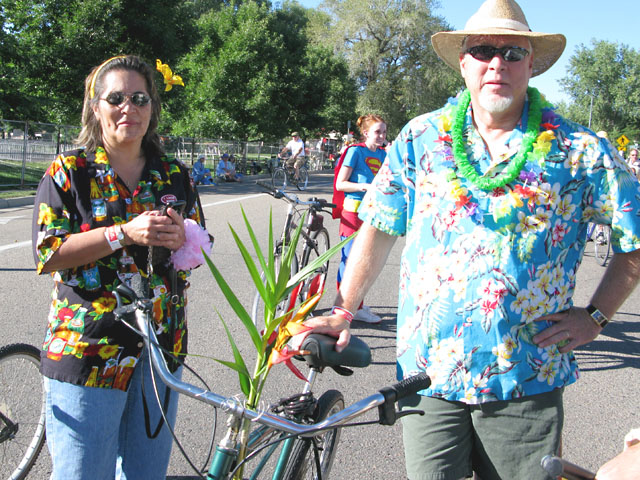 New Belgium is the creator of awesome microbrew beer and Tour de Fat, a nationwide day-long costume party held in different cities to celebrate bicycles as a way of life.

The Fort Collins Tour on Labor Day weekend is always the biggest one, and this year some 10,000 people came by bike to toast the two wheeled lifestyle.

On Saturday afternoon, we dropped Wyatt off at doggy day care, then met our friends Mike and Marie to pedal on over to the event. Not knowing what to expect, our costumes were thrown together pretty quick and nothing to be proud of (just wait till next year!). 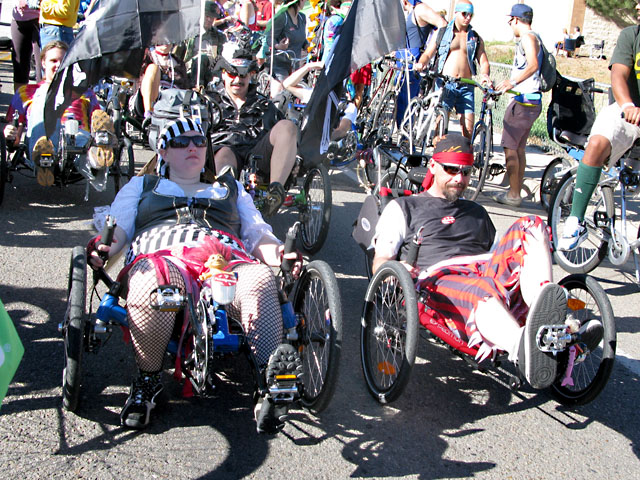 As more freaks started rolling in dressed in full regalia, we knew this was going to be a fun ride.

For over two hours we pedaled with partying revelers throughout town, whooping and hollering and smiling the entire way. I can’t remember the last time I smiled for hours on end, just cracking up at all of the crazy costumes that people thought up. 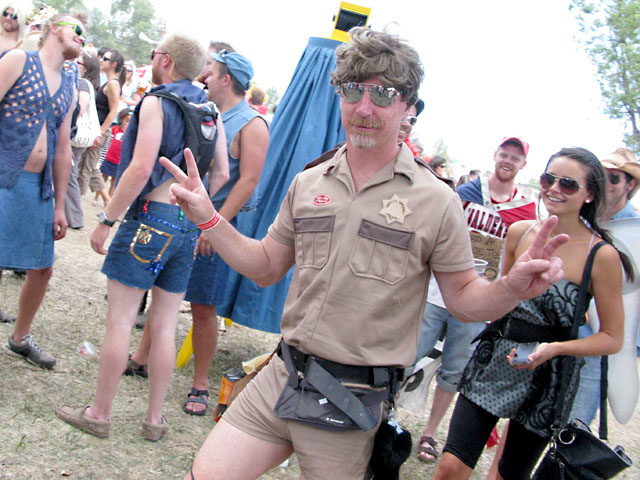 Everywhere the parade snaked through town, locals were sitting on the curb whooping back at us. 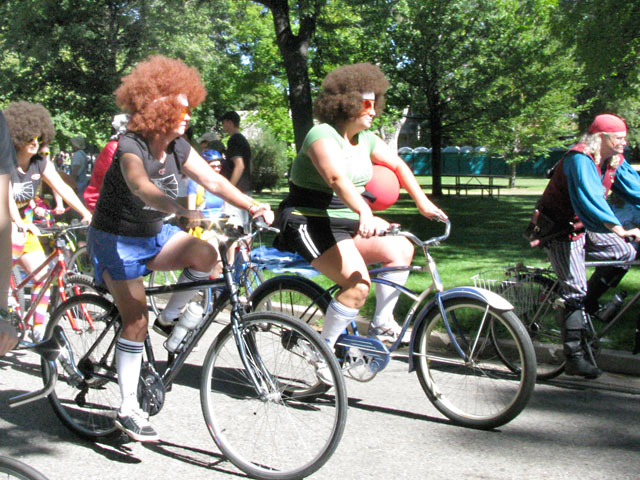 People had set up cocktail bars on their lawns and thew parties while the parade was going on. From frat boys to old folks, nobody could resist the good cheer the circus brought to town.

What a blast to see the entire community come out and applaud the riders. Nobody was a spectator, everyone was a participant. 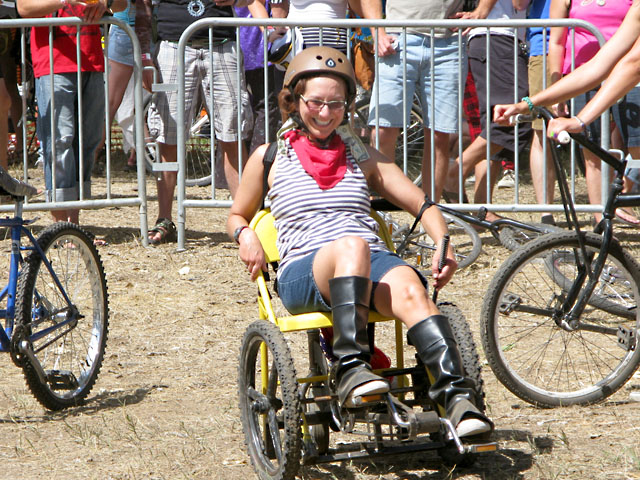 After the ride, New Belgium threw a free, day-long concert near their headquarters, with local bands, food, crazy bicycle games and an emphasis on the all-important message of how using bicycles for transportation can build community and save the planet.

Being the bicycling advocate that I am, I couldn’t think of a better way to spend part of Labor Day weekend from here on out.

We’re hooked! Just wait till you see our costumes for next year  . . .