In 2007 when we started dreaming about a new place to live, we had grandiose ideas of becoming micro-farmers and living off the land. But then we actually worked on a farm, and scratched that idea. Once we realized that farmers don’t take vacations (ever), we decided that small scale gardening was  more our speed.

As we started looking for property, having space to garden was important. But as reality hit and we saw the disparity between what we could afford versus what we wanted, garden space took a back seat to finding a solid roof over our heads, running water and electricity. Once we found Jerry’s Acres, we thought we had it it all.

Until reality came knocking . . . again. Or rather, the chipmunks, rabbits and deer showed up. 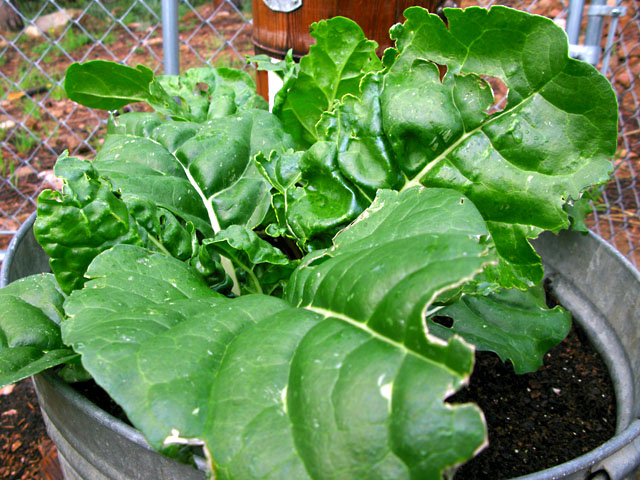 And boy, are they hungry.

I spent fifty bucks on our first garden this year, and this is what I got. Mangled Swiss Chard that some rodent was kind enough to leave behind for me.

Jim helped me put my plants inside of a dog kennel that the previous owners left behind. Thinking this was enough to keep the deer out, I started planting my crops. I kept it simple, and stuck with chard, lettuce, and a couple of herbs planted in recycled containers.

Silly me. I was actually able to grow vegetables at 8,400 feet elevation, and the dog run kept the deer out. But I didn’t consider that chipmunks could fit inside that chain link. And before the chard leaves really had a chance to grow, chipmunks were feasting on my garden every day. 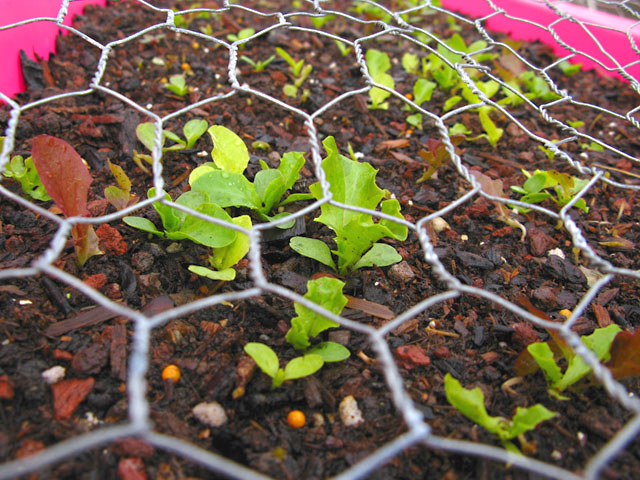 I’ve since raised the plants up off the ground and covered my lettuce beds with chicken wire. So far, the plants seem to be doing better.

I’m hoping we’ll have edible greens by late August. At that point, Fall will be in the air, and it’ll be nearly time to go again. But at least we’ll reap the benefits of our investment.

Next year, we won’t mess around. We’ll spend the money to build a cold frame garden, and I’ll get our hydroponics setup going again. If we’re really lucky, we’ll able to feast more than once next summer.

That is, unless the bears find a way to get inside.

6 thoughts on “High Altitude Gardening is for the Birds”