They came. They got to know each other. They made cocktails. 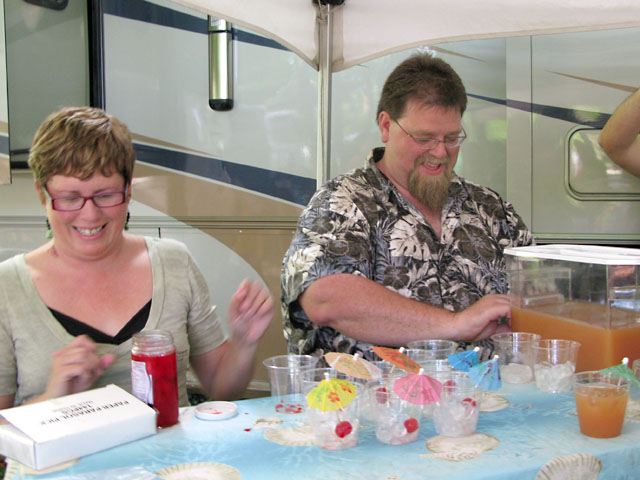 I’m speaking of the Nü Rvers of course, at their recent get-together in Gonzales, Texas for Days of the Nü II. One highlight from this year’s gathering was the first Bartender Wars.

Ben and Karen took first place with their Blazing Bloody Mary, and we brought home the Best Presentation award thanks to our Nü Hawaiian, complete with theme music and little umbrellas. (Thanks to Sam and Tracy!) 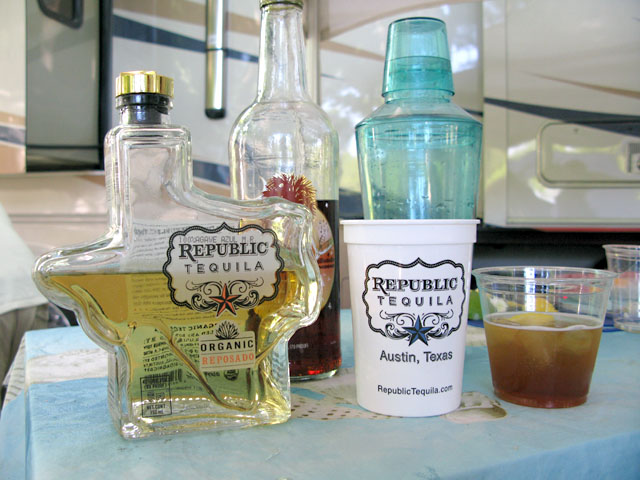 But as we promised the fine folks from Republic Tequila – who we met at the first Luckenbach Hat Festival, which they sponsored – we brought along a bottle of their new Reposado for the Nü Crew to try out.

After making this batch of Republic Texas Tea, and passing around a few straight shots, the votes were unanimous – well, almost. Among actual tequila drinkers the consensus was; Republic Tequila rocks! It is aromatic and mellow, ultra-smooth and easy drinking – fine to sip, and most excellent mixed. 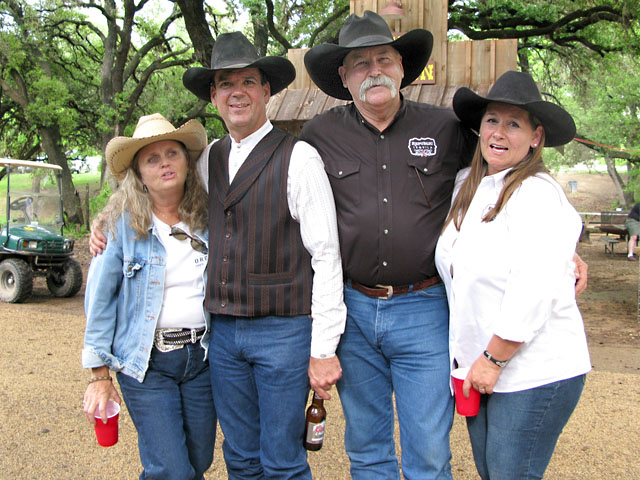 Here’s the topper, Republic Tequila is made with 100% certified organic blue agave at La Quemada, one of Mexico’s only organic distilleries. Even better, Republic uses recycled Jack Daniels charred American Oak barrels for aging their tequilas – 8 months for the Reposado and 20 months for the Añejo. And best yet, the people behind the brand are good-hearted, fun-loving folks who share a common goal; to create and market the world’s perfect tequila.

They might have done just that. Everyone has that one liquor they just can’t drink anymore. And while I make a mean margarita, I haven’t been able to sip straight tequila for years due to circumstances I care to not divulge, or can’t remember. But once I tasted the Republic Reposado, my aversion might just be cured.

Republic Tequila – “Born in Mexico, Raised in Texas” – was launched last August and is already in four states. Look for Republic throughout Texas at Spec’s Fine Spirits. I’m just glad it’s available in Colorado now! By the time of this writing you should also be able to buy it in Oklahoma, New Mexico and Arizona. 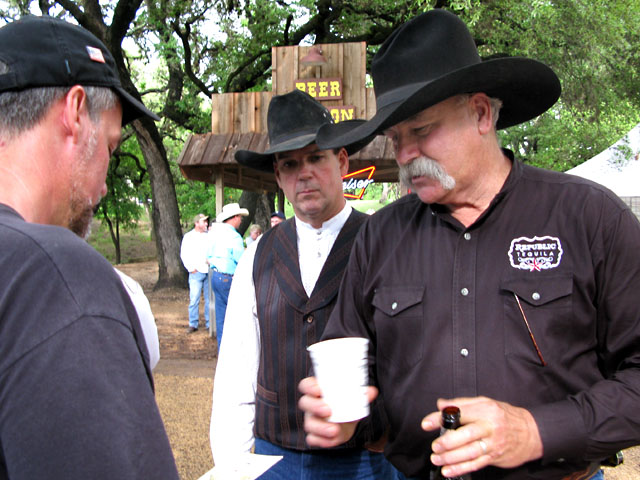 If your favorite liquor store doesn’t carry Republic Tequila, tell them they should! If they do, you can’t miss it on the shelf. It’s the one in the Texas shaped bottle. But this is much more than just a gimmick. It symbolizes the spirit of this spirit, its big hand-crafted taste, and the freedom you’ll feel after sipping some … responsibly of course.

Some stores may also have Republic in the “tall” bottle. But what fun is that considering this tale Jack told about how the Republic bottle came to be… “We started drinking in Amarillo,” he said pointing to the neck of the bottle. “By lunch we had reached Abilene,” he adds and points to middle of bottle. “It was so good, we kept on drinking until we reached South Padre Island!” Or something like that, but anyone who knows their Texas geography understands that means it’s time for a new bottle.