No, I haven’t been hungover for the past couple weeks. I’ve just been busy with a few more important things since my New Year’s Eve post when I promised to make this video about our coconut experience…

UPDATE: Youtube spanked us for using Harry Nilsson’s Coconut song, so we had to replace the soundtrack. 🙁

We started out making an instructional video about husking coconuts. But I just couldn’t bring myself to ruin the Harry Nilsson

with me blabbering on about something of which I obviously know nothing.

When we decided on tropical drinks to help us ring in the new year, I was determined to serve them in coconuts. After all, we were in Florida. And there was a coconut tree just down the road. So I turned to Google and YouTube for the traditional method of coconut husking. 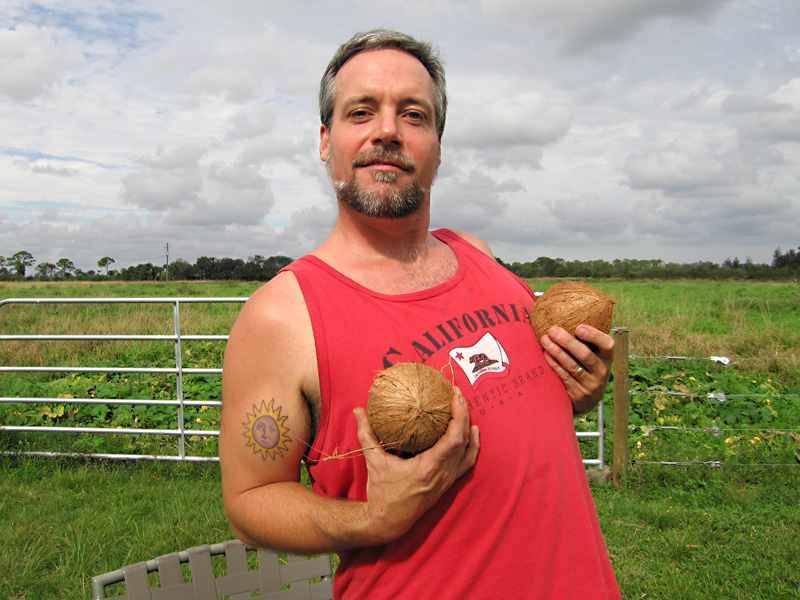 There are some clever ways to husk a coconut. But it is much harder than it looks. At least for this funky white boy. Native people make husking a coconut look easy.

If you find yourself singing the coconut song to yourself a week from now, you’ll have to check out the 1972 BBC Live Special featuring Harry Nilsson. Or check out Kermit’s version.

OK, if you insist … I’ll tell you a few things we discovered about coconuts:

7 thoughts on “The hard way to make tropical drinks…”