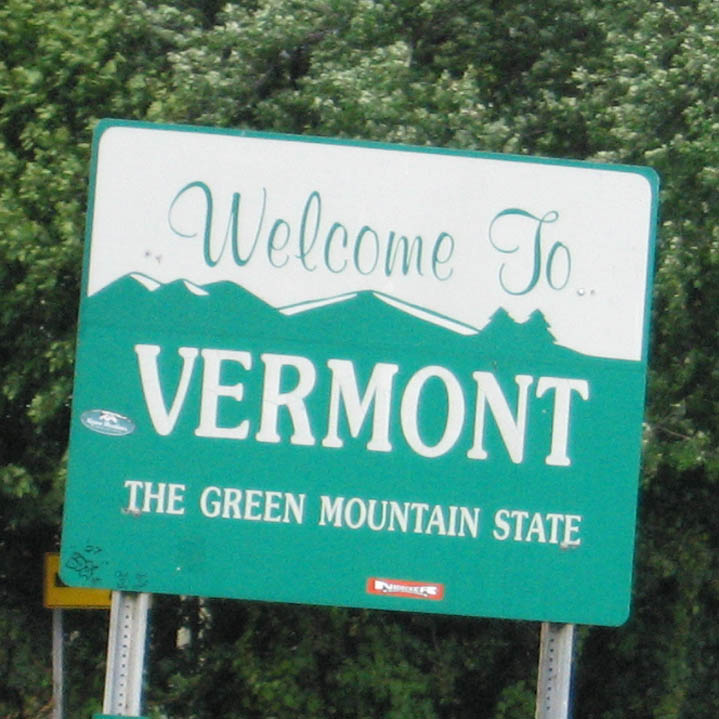 We’ve traveled many miles searching for our ideal community. A few times, we thought we might have found it. But . . .

The thought of moving into a small town is nice, but few have the diversity that we feel makes life more interesting.

We crave the solitude of 40 acres in the sticks, but fear we might go nuts being so isolated.

And in places where we love both the land and the people, it might a lot of effort to fit in.

So where does that leave us? At the other end of the country, completely enamored with one state in particular, which is now the benchmark to compare all future areas against. That state is Vermont.

Other than having some of my favorite, forward thinking politicians – Howard Dean, Bernie Sanders and Patrick Leahy (oh I can hear my Republican friends gagging!) – Vermont is has all of the best qualities of our favorite states, rolled into one small area: 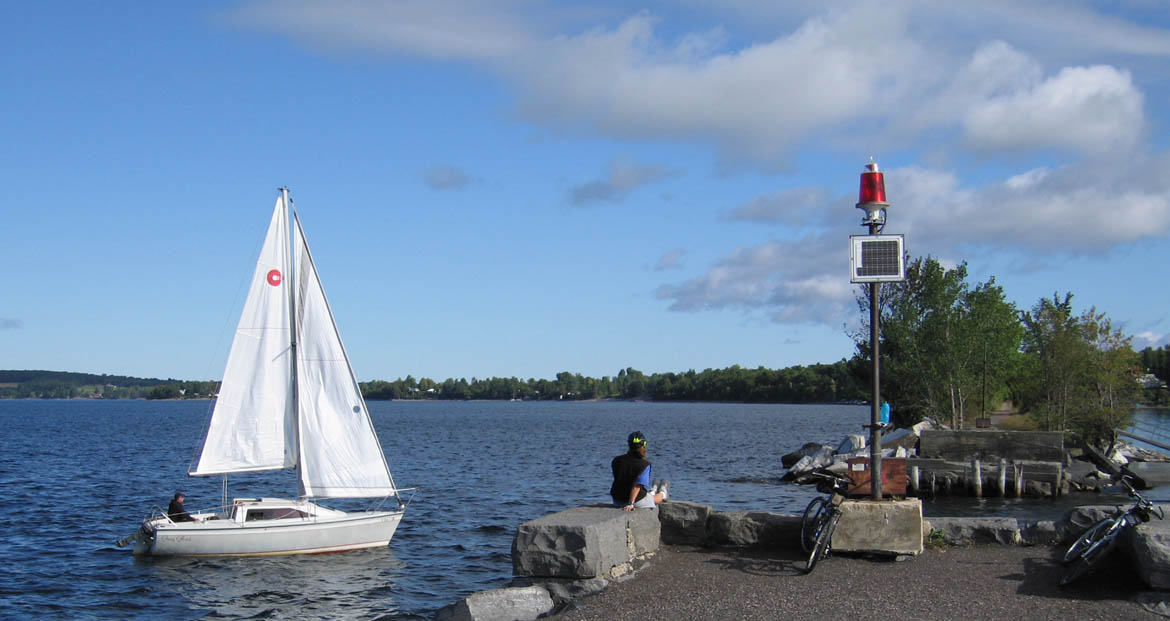 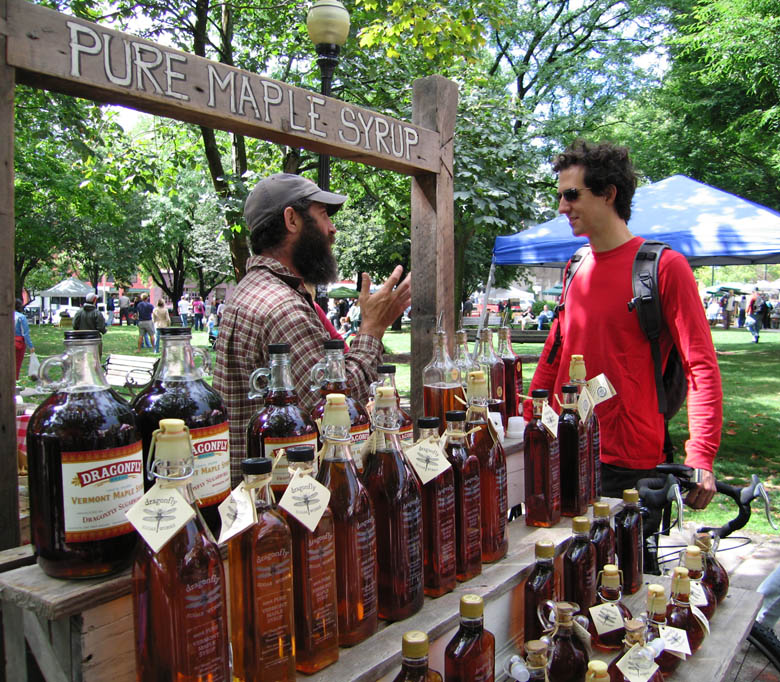 Because Burlington is home to several colleges and universities, it has a young population, and like the rest of the state, has a rep as a left leaning, ultra politically correct town. True to form, a store called The Hempest anchors one corner of the downtown area.

We stayed at the city-run North Beach Campground, in the heart of Burlington (pop. 30k +/-), so we were able to get a good sense of local flavor. 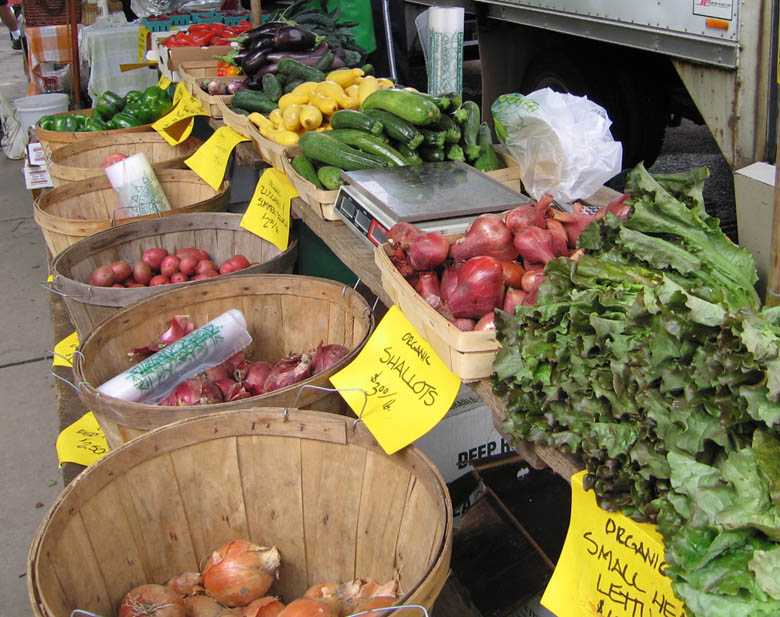 Immediately we noticed a strong commitment to buying local. The Onion River Co-Op is one of the best co-op stores I’ve ever shopped at.

The Saturday Farmers Market is incredibly diverse. Downtown is thriving — we couldn’t find an empty storefront. And recycling is a given — people do it for everything from household waste to building materials.

The Other Green Factor

We used to live near Arcata, California, which has one of the biggiest ultra-left, hippie reps in the country. Most Arcatans are unabashedly anti-growth and hostile to any developers or large businesses from the outside. Some of their politics I agree with, but mostly I don’t, because many Arcatans are as far to the left as Baby Bush is to the right. As a result, their militant attitude limits the town’s economic base and prevents most people from making a decent wage.

Burlington, on the other hand, seems to be able to balance the need for economic growth while remaining supportive of local businesses.

The town has many upscale stores mixed in with an equal amount of locally owned businesses. I didn’t even notice the Williams Sonoma or Pottery Barns in the outdoor downtown shopping area. It took a few days before I even realized where the mall and Macy’s was – it was so well integrated into downtown, not calling attention to itself. 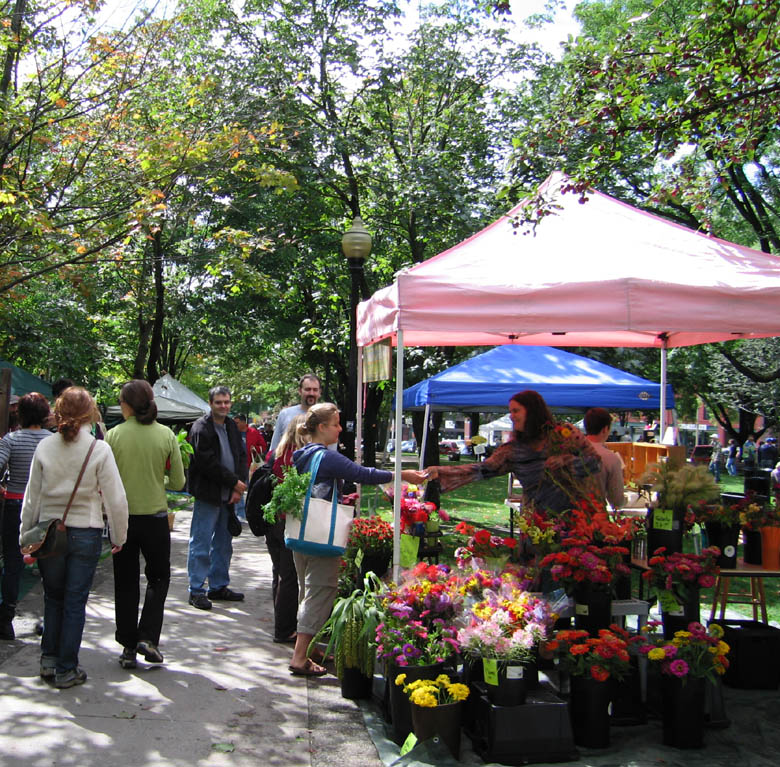 Burlington’s downtown was more than just a boutique window shopping area, like most Old Town areas are – it was a real world shopping district that could meet the needs of shoppers looking for anything from groceries to shoes. 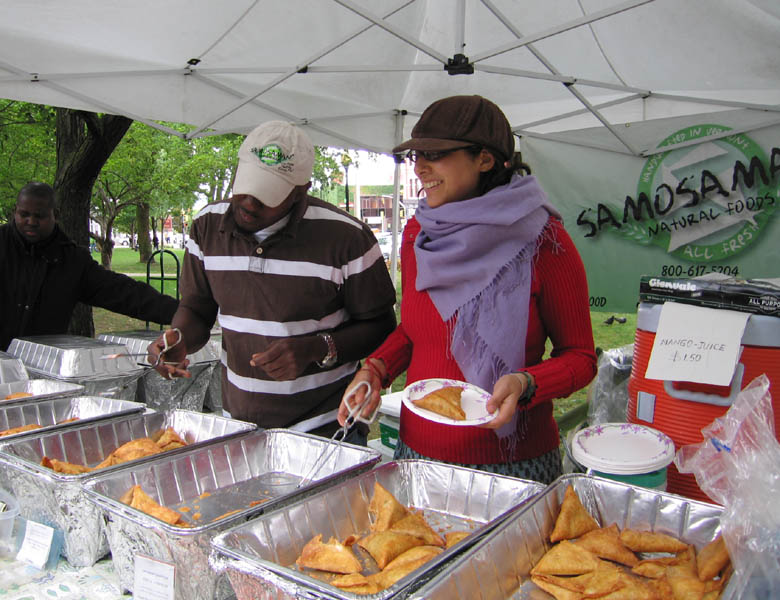 We talked to our friend John, who runs a small bakery in Vergennes, just outside Burlington. John confirmed that overall, the State of Vermont is extremely supportive of locally owned, small businesses. He said that it is a great state to be a business owner. I’m certain that Samosa Man would agree. 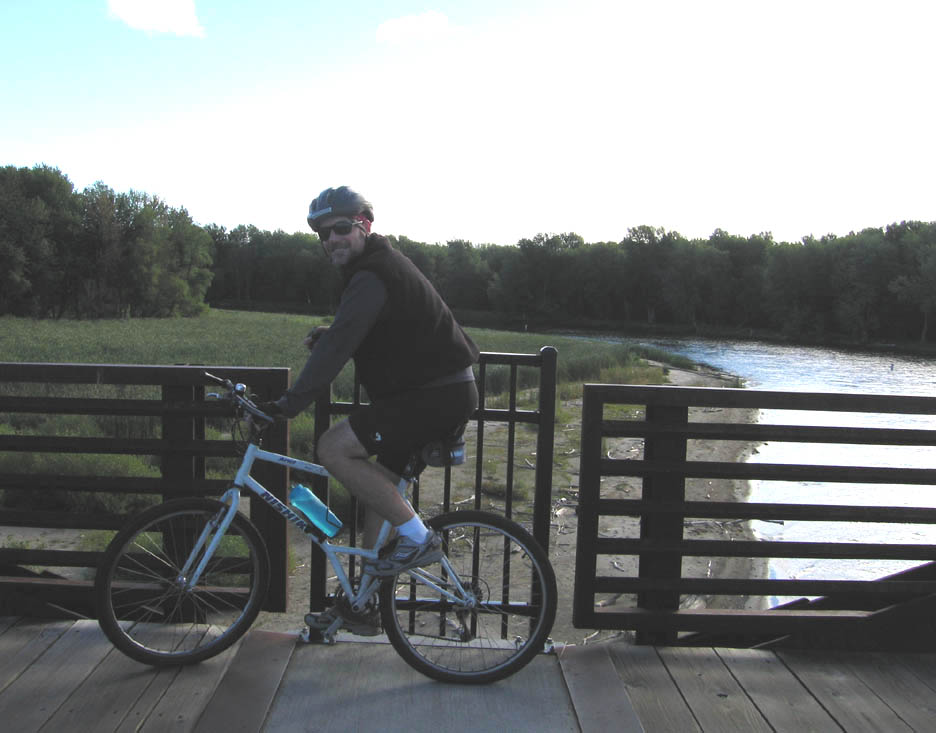 Burlington is a designated Bicycle Friendly Community. Bike path designations are everywhere, the best one being a Rails-To-Trail path that is currently being built out all the way to Montreal. We rode some of it on a Sunday morning, and all sorts of people – walkers, bikers, rollerbladers – were on it. We rode it again on Monday morning, and saw numerous commuters going to work and school. It was so nice to see lots of active, healthy people, especially after witnessing the awful obesity epidemic going on across the rest of the U.S. 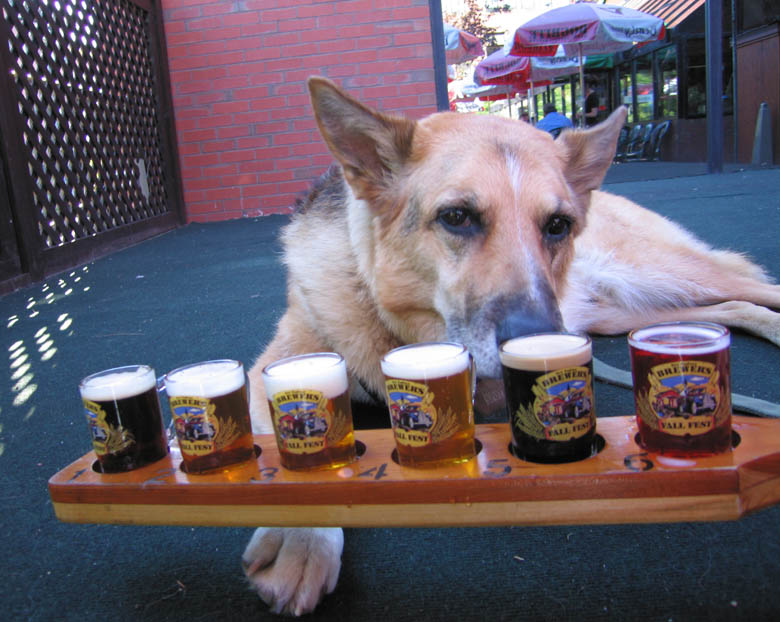 It’s a fact: dog friendly towns are more enlightened and sophisticated than those that aren’t. Burlington makes the grade, hands down. Dogs are welcome in places that even California bans, like the Farmer’s Market. We took Jerry into the Vermont Brewery, and nobody even batted an eyelash. And Burlington has two dog parks along Lake Champlain. What more can a canine ask for?

I didn’t want to leave Vermont, especially after discovering the town of Plainfield on our way out. I even told Jim that we should stop looking, we found what we want. Or if we went on with the trip, I knew that this was the only place I wanted to go back to. But instead, what Jim suggested, was to use Vermont as the new benchmark for all other places to measure up to. Don’t close off our minds just yet, rather just see how they compare. I concurred, and away we go, again.

7 Responses to “But Can We Stand the Weather?”