The 2013 Slab City snowbird season seemed quieter this year. We arrived later than usual, but overall there was less activity and fewer crazy incidents like we’ve seen in the past (like trailer fires and ambulance rescues). Here are a few observations we made during last week’s stay. 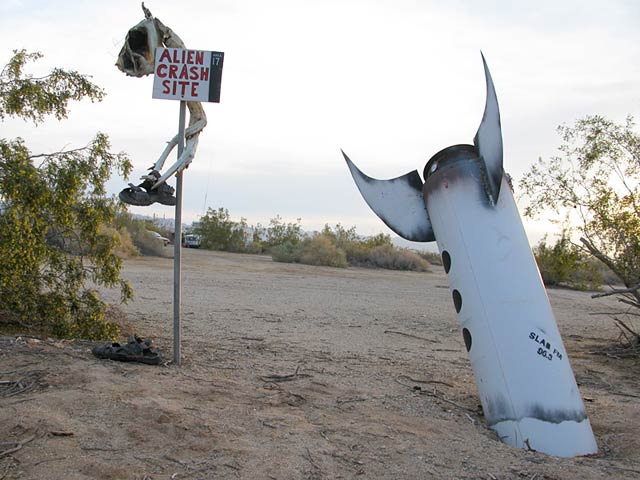 It looked to us as if fewer seasonal campers called the Slabs home. A young hitchhiking traveler confirmed this when he told me that less of his hippie cohorts found their way to the Slabs. Apparently the Global Rainbow Gathering in Mexico lured a lot of the regular campers away. When I spoke with the owner of the SoCo gas station, he said a lot of the snowbirds he’s gotten to know also skipped out. I asked why he thought they didn’t make it, he said “Gas prices probably.” 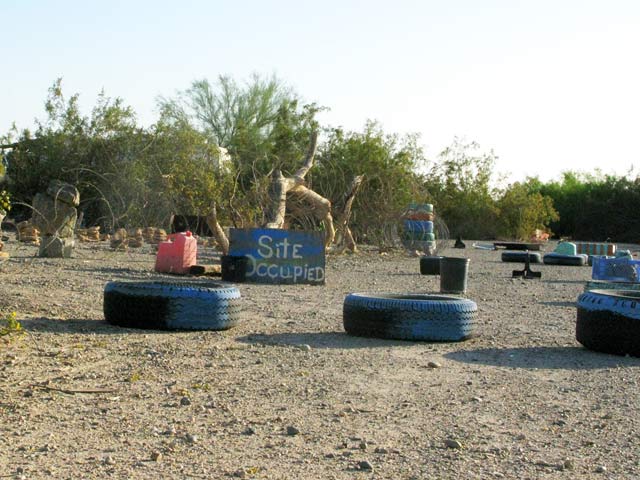 More long-term, hand-built structures are popping up all over the Slabs. From outside patios built alongside de-wheeled trailers to more solid A-frame buildings like this, it seems like more people with the means to invest in custom housing are laying down roots. 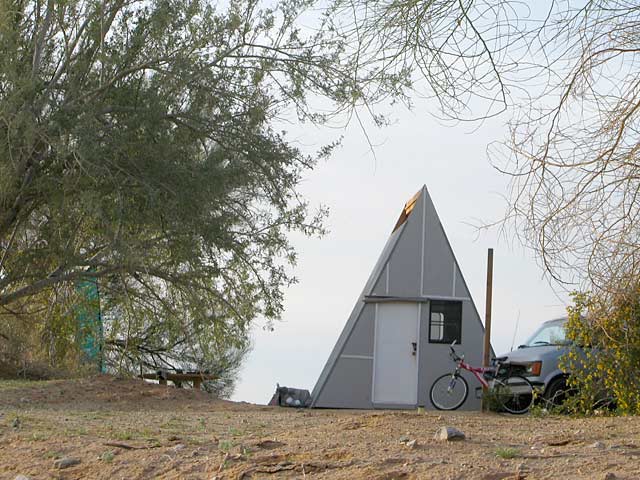 A whole new generation of Slab City kids is being raised without indoor pluming, behind razor-wire fences that warn curious observers to back off. 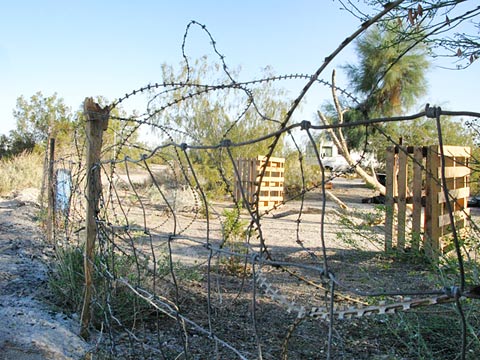 Is this recession fallout or a desire to get back to the basics? It’s hard to tell. 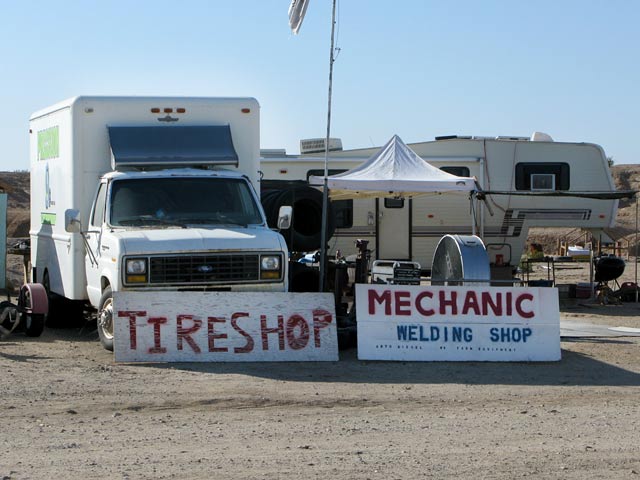 As you approach the Slabs, one of the first sights you’ll encounter is this thriving welding shop set up next to a large, not-so-temporary encampment. 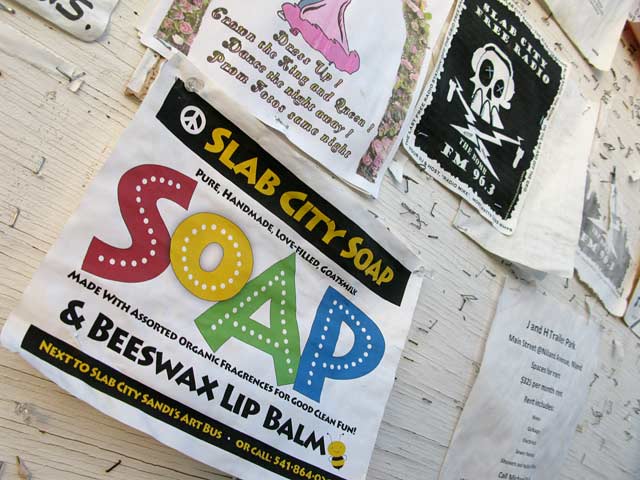 Following in the footsteps of Solar Mike, off-the-grid businesses like these seem to be popping up all over the neighborhood. 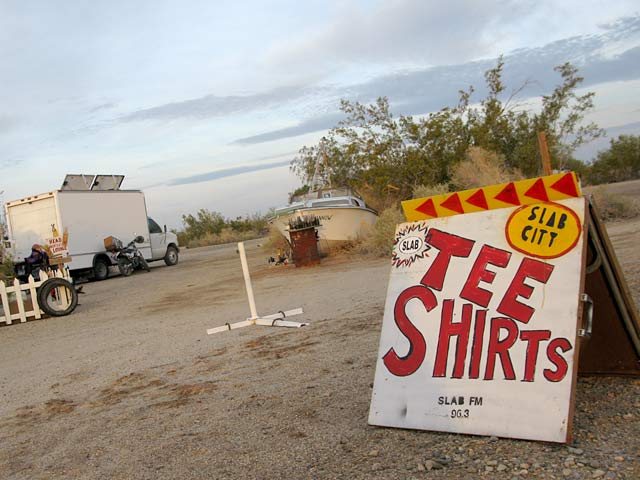 Off-grid capitalism is alive and thriving as the Slabs economy seems to be growing. You’ve gotta love the lack of bureaucracy it takes to open up shop here. 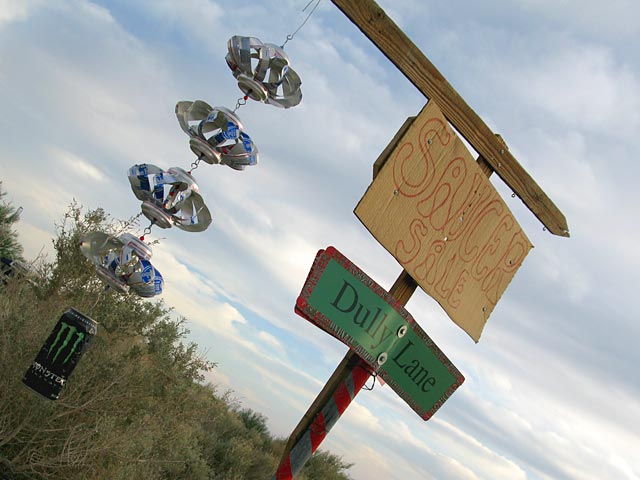 These new businesses have a more professional look to them than the usual hippie artisans that we’ve seen in the past. It’s great to see more people taking charge of their economic situation by coming up with creative ways to make money.

No matter what people say about the Slabs, each yearly visit reveals new endeavors that blossom among the heaps of rubbish left behind by less ambitious residents. The Slabs is always changing, we never get bored of coming here. Hopefully next year we can spend more time to really take it all in.

3 thoughts on “Dispatches from the Slabs”