When we arrived in Fort Lauderdale, we felt like we’d just fallen off a turnip truck. The traffic is insane, the wealthy blatantly flaunt their money, and the price of real estate skyrockets. People in general are rude and aggressive, and it’s every man and woman for themselves. And as with most of Florida, it isn’t dog friendly.

We asked our friend Gene if it would be alright if we left Jerry in the truck with the windows cracked, while we met him for dinner at the Blue Moon Fish Company. He rattled off something about four cops and one pro athlete being killed in the immediate area in the last year, and said “you decide. 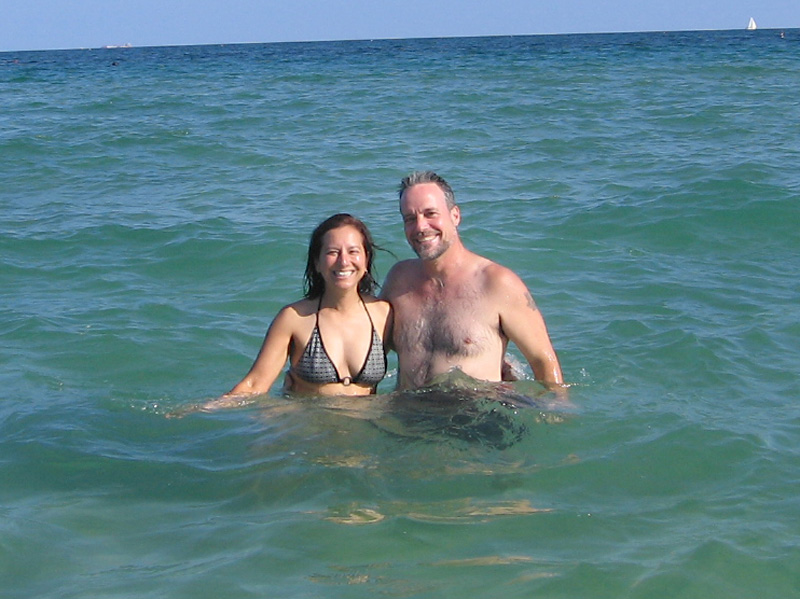 The RV park was a dump (more on that later), sites were jam packed, and French Canadian RVers outnumbered Americans ten to one. This wouldn’t have been a problem if most of them didn’t throw such major ‘tude around and refuse to make eye contact or acknowledge our presence because we didn’t speak French. It was hot. We were cranky. We weren’t sure if we could put up with a long weekend in a craphole like that.

But then we went to the beach (without poor Jerry), and we swam in crystal clear water as warm as a bathtub. In January. It was wonderful. This is the one good thing we have to say about Florida. The ocean. That’s about it.

16 thoughts on “One Good Thing About Florida: The Atlantic”