Jim and I rarely find things about full-time RVing we don’t like, but occasionally we experience an event that reminds us that RV life freedom isn’t always free. 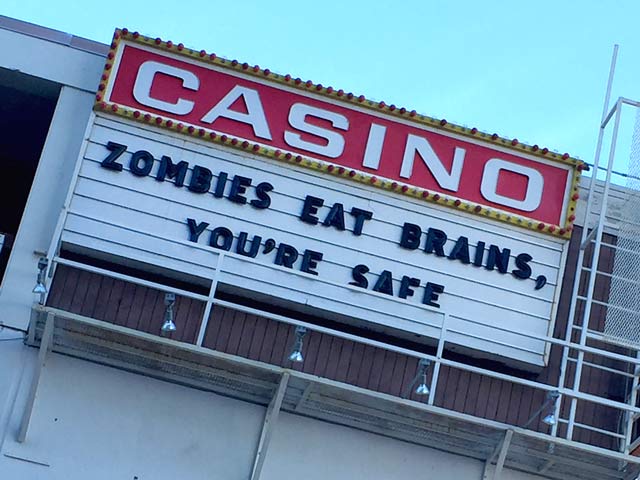 Life on the road has a few big trade-offs, like getting mail. Even in this electronic age, some important things still pass through the system. Seems like we’re always chasing our mail down, somewhere. And although our mail forwarding service usually gets it to us flawlessly, sometimes shit happens – and at the worst possible time.

Until now, the best example of this had been when we had to drive 100 miles out of our way to get our mail from Alaska, just after the Alcan ate our trailer in the Yukon.

But today, we have an even better example of the price we pay for this life. Here’s a play-by-play:

Late September: we applied for absentee ballots in our domicile state of Texas. The county clerk promptly sent them to our mail service, which handles ballot processing as an additional (and probably money-losing) service for thousands of members. In nine years we’ve never had an issue with it.

October 10: the mail service received my ballot, but not Jim’s. We waited with agony while voter suppression rumors and truths flooded the internet. I wondered if someone with an agenda was tossing club members’ absentee ballots in the trash.

October 26: the mail service calls. “Mr. Nelson. I am sorry but we found your ballot in another Nelson’s mail box. Would you like us to send it to you?”

They sent it along with my ballot to us via USPS General Delivery. But while the mail was in transit, we learned the first ballot was useless – it got canceled when Jim requested a replacement one.

October 31: Jim’s replacement ballot finally arrives at our mail service, over a week after we requested it. Much to their credit, the mail service took the heat for the missing ballot and paid for an overnight FedEx of the ballot as well as a return shipment label.

November 1: The FedEx with Jim’s ballot never arrived at our low-cost Las Vegas RV park. UPDATE: We were sent the wrong tracking number by the mail service. Today we learned that FedEx DID deliver it…but the front desk low wage idiot f*d up and rejected the package noting that we were not guests. Since we had no tracking information showing that the package had actually been signed for in the mail room, we had no ammo to show it was waiting there. AGGGGH!!! The ballot is now being FedExed back to Texas. Worthless. And I’m devastated.

November 3: My ballot, along with Jim’s original one, finally gets to us in Vegas, three days late. We paid $24 to overnight the ballots back, knowing that Jim’s original ballot probably won’t be counted.

Cutting Ties to a Real Community Has a Cost 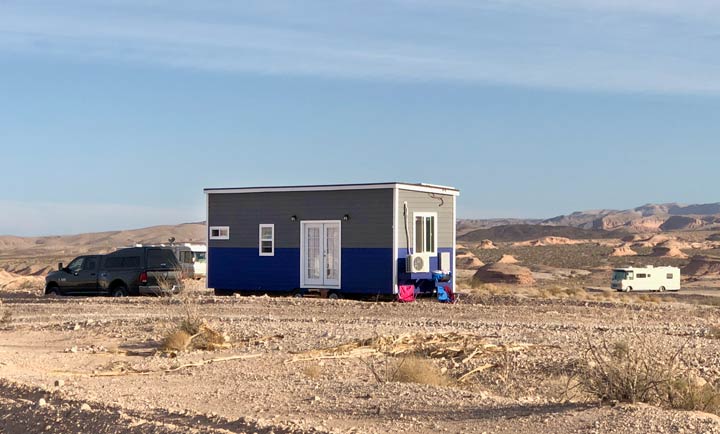 Being rootless has a price to pay.

Clearly, our Texas ballot fiasco isn’t that big of a tragedy in the big scheme of things. Mistakes happen, there was no ballot suppression happening. At least my vote will be counted – I hope. But knowing that Jim’s vote won’t makes me want to cry after all that we went through trying to do the right thing.

This ramblin’ life is great, and as much as we appreciate the sense of community that full-time RV clubs like Escapees and Xscapers bring to it, they still can’t replace the positive effects of growing roots in a sticks-and-bricks community.

We Get the Government We Deserve

What positive effects you ask? Well, getting mail in one place for starters. But mostly, it cannot replace the ability to get involved in civic issues at the ground floor level and advocate for positive change – change that eventually can flow all the way up to the White House. The old saying “You get the government you deserve” stabs at my heart when I think about my lack of participation in civic affairs over the last 11 years. Guilty. As. Charged.

As full-time RVers with no roots in a town, it saddens me to know that tomorrow on election day, there will probably be one less vote that helps change the status quo.

6 Responses to “The Dark Side of RV Life Freedom”

Leave a Reply to Sandra Click here to cancel reply.