Leaving the Stillwell Ranch experience was like slowly acclimating back into society. Even the tiny burg of Alpine seemed like a big city after living within the desolate lands of the Big Bend.

To lessen the impact of immersion, we meandered up the Panhandle through the smallest Texas towns while staying ahead of devastating tornadoes and hailstorms.

One of our first stops was the Roy Orbison Museum in Wink. 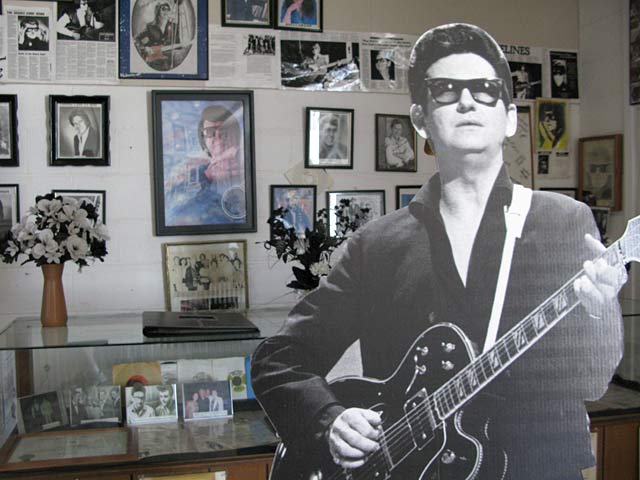 That’s exactly how Roy once described his hometown. It’s still true. But really, how can you resist a town called Wink, especially if it’s the home of a famous rock star?

Jim and I are only old enough to remember Roy from his Traveling Wilburys days, but are well aware of the influence his amazing voice had on 1960s rock and roll. Since I can’t resist a good tourist trap, I had to see the museum honoring his memory.

Don’t blink, or you’ll miss the free Roy Orbison Museum on the main drag.  Each June, the town honors their most famous resident with a Roy Orbison Festival and Pretty Woman beauty pageant. It’s a small place with a massive collection of memorabilia including his trademark sunglasses and even the high school yearbooks he illustrated while attending Wink High. 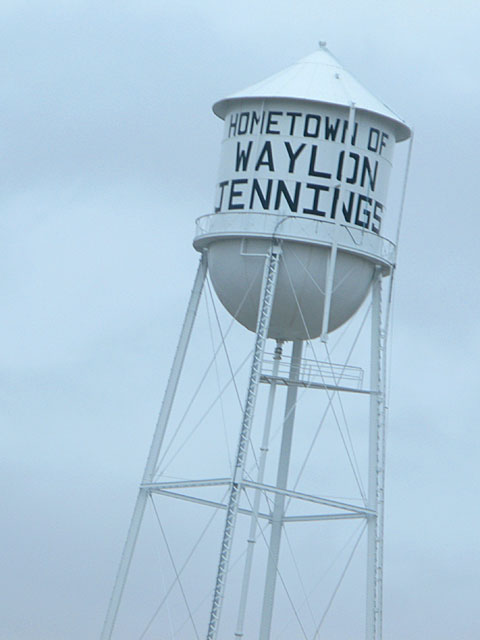 As we continued up the Panhandle looking for more fantastic free city parks to pass time until our date with RV America in Loveland, a Days End Directory listing for “Waylon Jennings City Park and RV Campground” caught my eye.

Located just west of Lubbock, I wondered, could this park be named after the Waylon Jennings? Yep, shore is!

Waylon grew up in Littlefield, a small cotton growing town that’s hanging on by a thread. Of course every small town needs a liquor store, and Littlefield has two.

Turns out that one of them is owned by Waylon’s brother James, but we didn’t know this at the time, and stopped at the spiffier competitor up the road. Bad decision. Duh!

We missed Waymore’s Drive Through Liquor Store and Waylon Jennings Museum, which features a collection of Waylon memorabilia, including his first guitar and a a framed platinum record of “Wanted! The Outlaws” the LP that put Outlaw Country on the radar.

If you catch his brother James on a good day, he might even give you a ten minute tour of Littlefield and show you landmarks like the house where Waylon grew up and a popular corner for fistfights back in the day.

Waylon was one of the greatest country musicians who ever lived. He deserves so much more than shrine enclosed in a liquor store. I hope some day his significance is properly honored with a dedicated building. 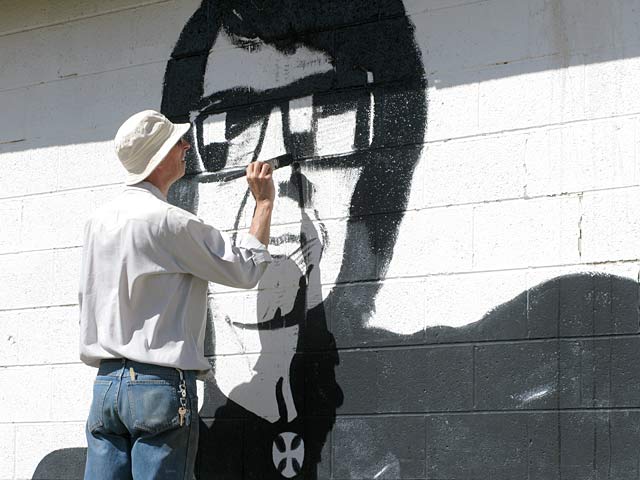 Just be sure to avoid the stinky parts and visit when there’s less of a chance of a tornado tossing your rig into Oklahoma.