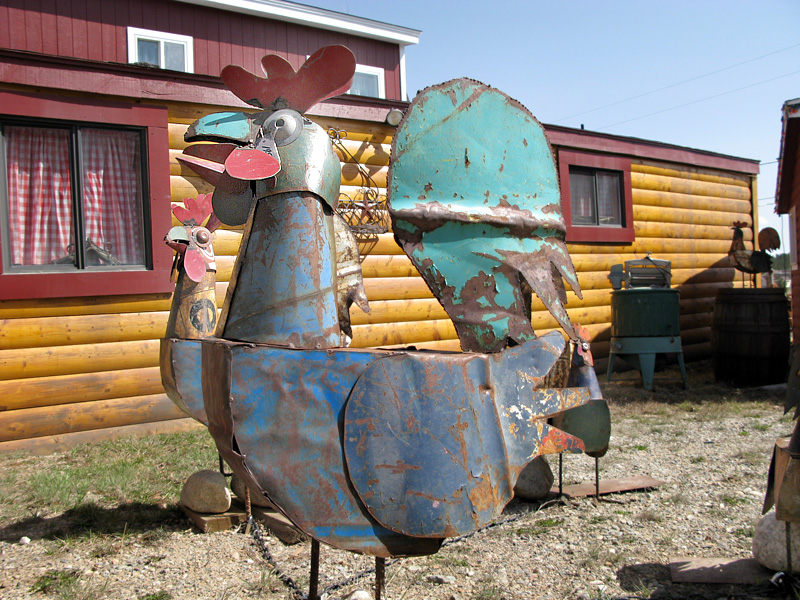 Let’s get one thing straight; I am not afraid of hard work. In past lives I’ve been a waitress, a housekeeper, a barista, and even worked in a data-entry sweat shop. When I was a kid I cleaned my neighbor’s house, washed cars and sold avocados in the neighborhood, just to make extra money.

So when I took this job at the factory of the Great Satan*, I knew the work was going to be hard. And it has. Still, I really don’t mind the fact that this job involves working Lucy-style (sans cute uniforms) on a conveyor belt line, moving huge bins of cheap plastic crap around with my arms and pallet jacks. Every day is a physical wipeout, but I still ride my bike to work to energize me in the morning, and burn off steam at night.

But what’s really pissing me off about this gig is the lousy way the workers get treated by the temp agency that runs the show for Satan (in fact, almost everyone who works at the factory is a temp; Satan outsources just about every job). We are talked down to, lied to, given no consideration or respect whatsoever. Everyone lives in fear of individual job production quotas, and management reminds you on the hour if you’re meeting them or not.

In the early 90s when jobs were scarce, I played “The Temp” in offices around San Francisco. Back then, I thought I was treated like crap. But this recession is so much worse, and it seems that with so many out of work people, temp agencies are exploiting the situation like never before. At least this one is. I can’t ever recall being treated with such disrespect by an employer.

I keep telling myself; stick it out, this gig is only temporary. I thank Dog I have the resources to move on after 12/23.

*About “the Great Satan” . . . apparently I signed a Non Disclosure Agreement that bans me from badmouthing this certain company. Well, I’m not sure if I signed or not, there were so many forms when I got hired, so to play it safe, from here on out my new boss is going to be known as The Great Satan.