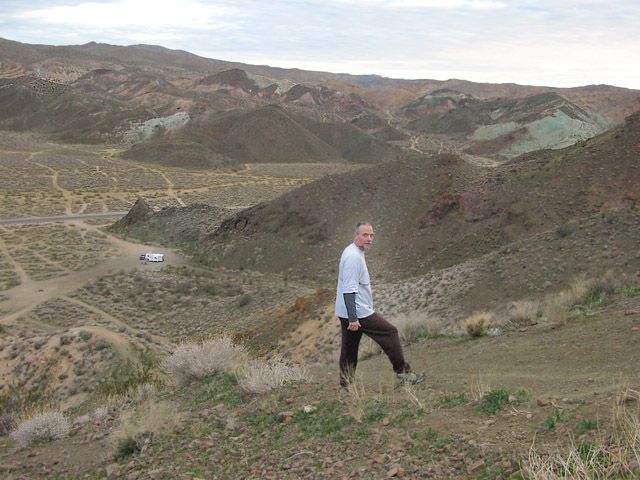 We were in Los Angeles a while, but had plenty of family and holidays to distract us. Then we were boondocking on the Slabs, and well, that’s Slab City for you. We’ve also been meeting up with lots of cool people. Then there was the whole Nature thing, and off to Big Bend, but plenty of distraction time there. Not to mention the Cowboy Poetry Festival! Next we had the NüRVers get-together for a few too many hangover days. Stay tuned for details, we promise.

But now we’re settled in for our first pre-paid full month in one spot. Hopefully the lure of New Braunfels and the Comal River won’t keep us too preoccupied to tell y’all what we’ve really been up to. With that said, there’s something that’s been bugging me … 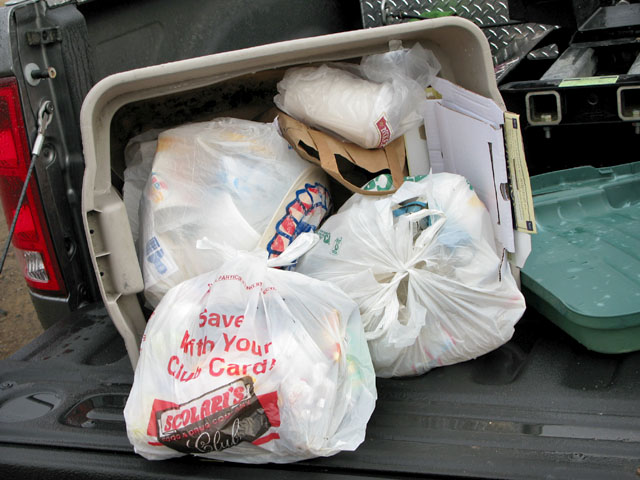 I’ll never understand how certain outdoorsy types choose to enjoy our natural resources by destroying them. All across America I’ve always noticed the detritus of litter bugs, and done my best to pick up after them. But when we were dry camping in the Mojave we picked up more of other people’s trash on just two hikes than I would have ever dreamed possible.

I hate to stereotype folks, but the vast majority of visitors to Jawbone Canyon are the OHV type. They tear up the hills and dunes on trail bikes and quads, which sound like it could be quite fun in it’s own right. But why must they leave such a mess behind? 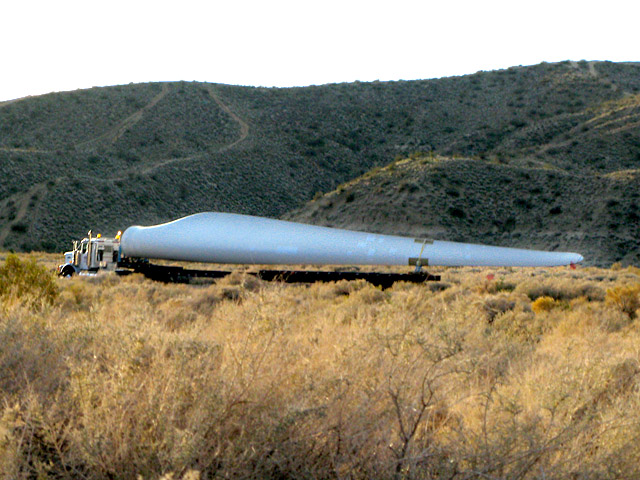 Please give a hoot. Don’t pollute. We’ve only got room for so much trash in our rig.

While we’re on the subject, here’s an ironic thing we noticed while dry camping out in the Mojave near a huge wind farm under construction.

We watched in awe as immense turbine blades passed by in convoys of three … followed by dozens of workers, each in their individual cars.

You’d think renewable energy developers might implement some sort of transit for workers who travel 100 miles to the job site.

3 thoughts on “Nature: Enjoy it don’t destroy it!”