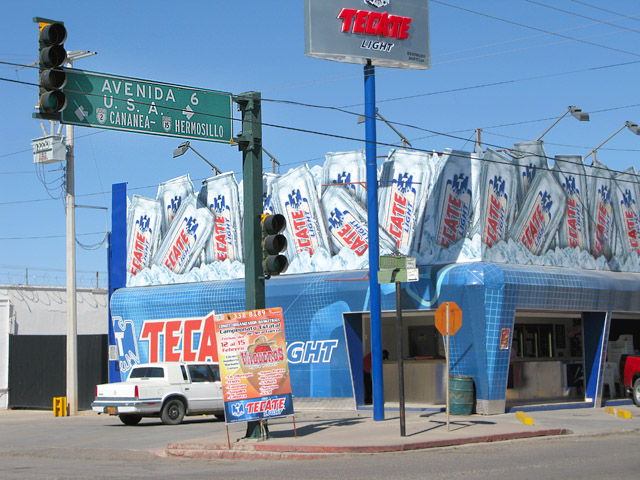 After leaving Slab City, it was a revelation to think that we’d been back in California since November. I couldn’t believe we’d been there for so long. But when you come from a big Mexican family like I do, it takes about that long to make the rounds and see everyone!

We blew through Arizona, because familiarity breeds contempt. I used to live there in the early ’90s, and I don’t know what it is about the Grand Canyon State, but I just don’t like it. Maybe that’s because when my Dad lived in Jerome (about 100 miles north of Phoenix) in the 1930s, he was forced to attend a segregated “Mexicans only” school while my grandfather worked as a miner. 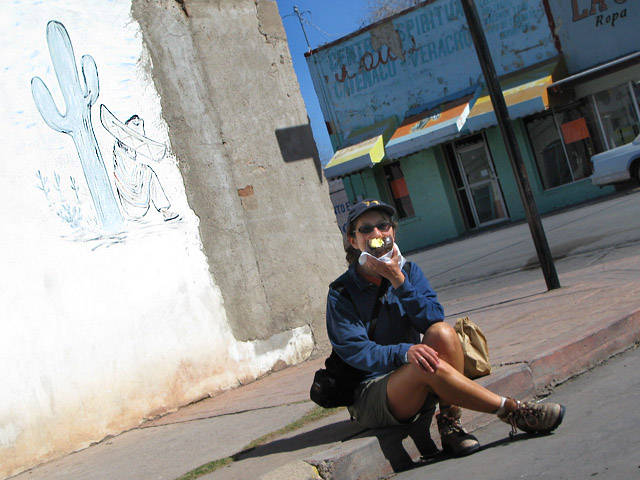 Headed east, we stopped in Douglas, Arizona along the Mexican border. On a whim, we parked our rig at the border crossing and walked into Mexico, just to be able to say we’ve now been to three countries in our rig.

The contrast between the U.S. side and the Mexican side is obvious. On our side, there’s shiny new strip malls and Wallyworld. On their side, just a half mile away, there are potholed streets and zero evidence of building codes.

We walked around, got some great pan dulces and a jugo de pina. Took some photos and felt sorry for some skinny Mexican dogs. Then we turned around, and walked back over. Just. Like. That. Our five dollar Mexican vacation was over in a couple of hours. 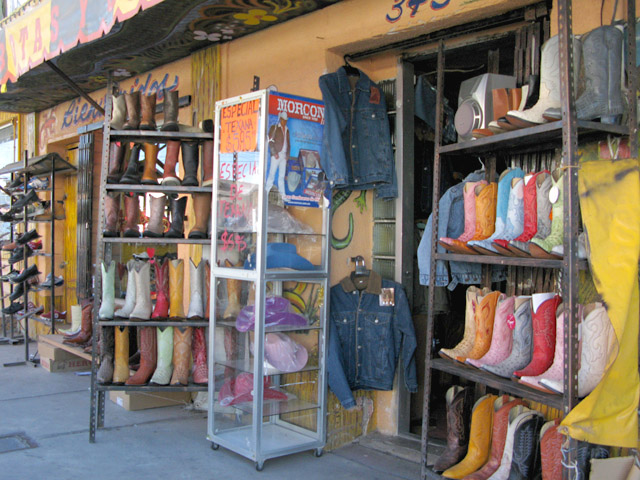 Upon our return, I thought about how my family set down U.S. roots in the 1930s. Both sets of my Grandparents hopped the fence before “illegal immigration” was an issue. All they wanted was for their kids to have a better life, and we’ve managed to accomplish that, and then some.

Three generations later, there I was, returning to the Other Side like it was no big deal. That’s America for you. 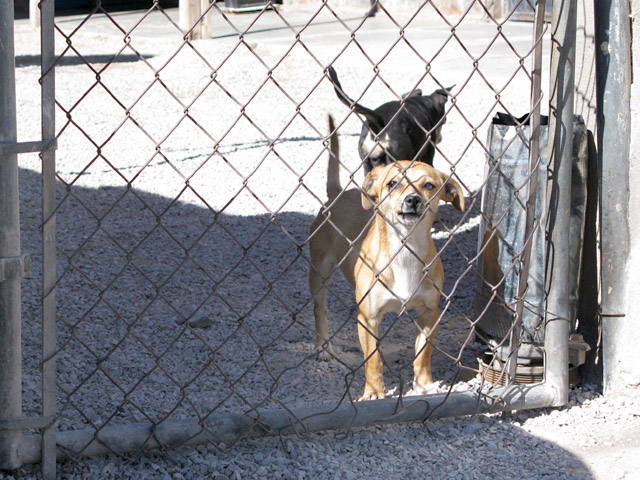 4 thoughts on “Our 5 Dollar Mexican Vacation”