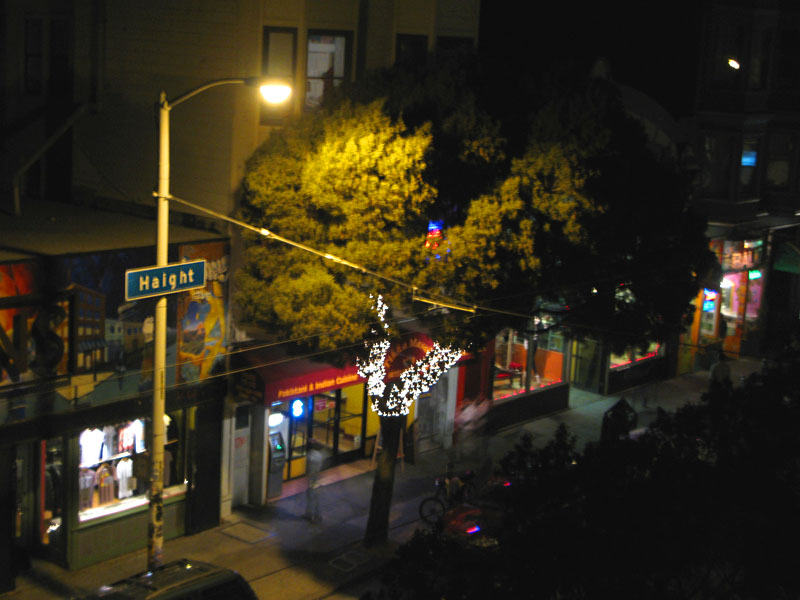 Before we got to L.A., we stopped in San Francisco to see old friends and reminisce about our life back in The Day. Veering from our usual frugal routine, we splurged and stayed at the Red Vic Inn in the Haight, just around the corner from the old party house where I spent the better part of my 20s.

Back in 1995, I was a slacker with five roommates inhabiting a non-stop party house. Jim was a long-haired biker posing as a responsible marketing guy in a Saab. One night Spoonie played matchmaker, and brought us together. Despite the vast differences in our lifestyles, our lives converged and we were never the same again. 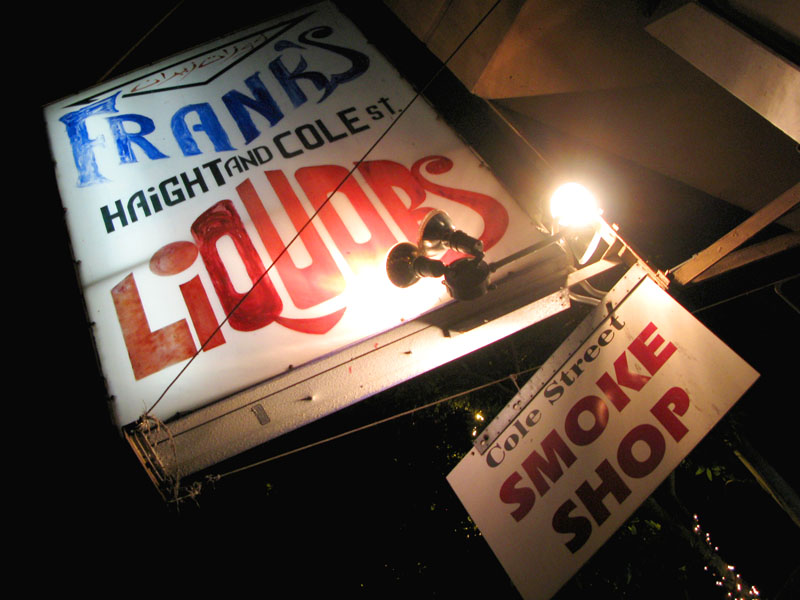 In December, thirteen years later, we were back where we started, at least for a night. After a walk through the city and several cocktails, we returned to our room. I promptly climbed out onto the fire escape overlooking the scene on Haight. I had to take it all in again, at least one more time.

The energy below felt exactly the same as it did in 1995. All of the same characters were there. Street punks with their dogs, musicians playing on corners, bicyclists coming home from work, and strolling tourists. Nothing ever changes.

I sat outside, barefoot and hoarking down an Anchor Steam. My mind played back scenes of our life together; they went through my brain like the pages in a flip book. 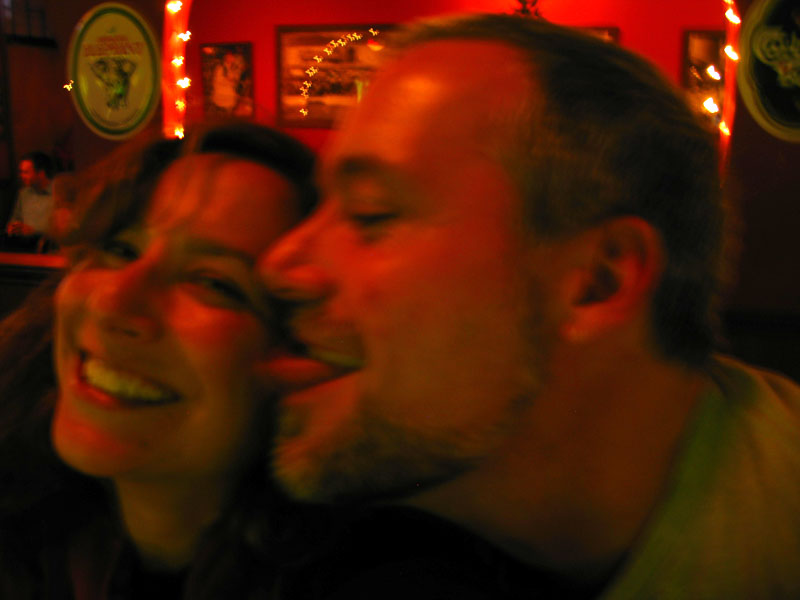 The Gold Cane on Haight, Where We Met

We’ve been through so much together, and come so far from where we started. It’s been a wild ride getting here, and after all these years, it just keeps getting better. I can’t wait to see what’s around the corner when we hit the road again in a week or so.

6 Responses to “Back to the Haight, on to the Future”

Leave a Reply to Cija Click here to cancel reply.