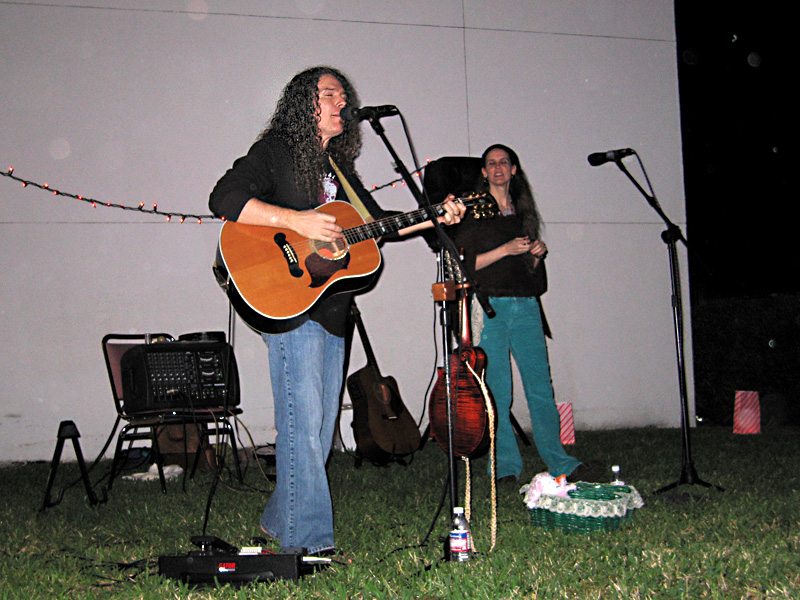 When we lived just blocks away from the boardwalk in Old Town Eureka, we would enjoy the summer concert series when we could stroll along the waterfront listening to live music in the cool evening breeze. If it wasn’t raining.

Here in Florida, these type of concerts go on year-round. We attended one the week before Christmas at the Vero Beach Library. I wore shorts.

A couple weeks later, on New Year’s Eve, we had the air conditioner blasting during dinner. We were getting pretty heated. Literally! Just a few nights later, we had to run the heater and get out the wool blanket.

The Florida cold snap that blew through that week brought freezing temperatures in the low thirties. Temperatures dropped even further with the wind chill factor. Luckily it didn’t harm any crops here on the farm. But it did cause some raining iguanas a little further south. I thought it would be just too bizarre if it snowed. And it did! Not really what you would think of as snow – more of a freezing mist really – but I definitely saw and felt the tiny flurries as I closed up the farm store that night. And as we put up the morning order the next day, I would step into the refrigerated truck to get out of the cold wind. 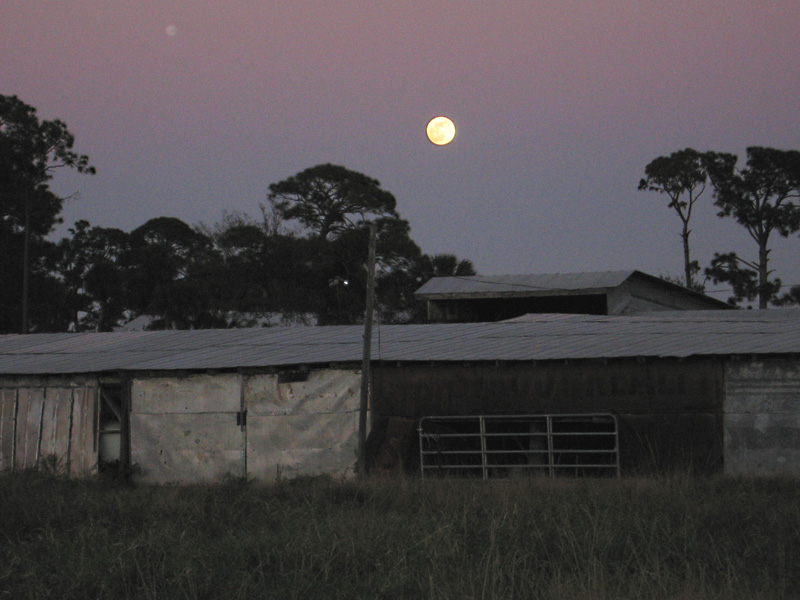 The HairPeace concert at the library was a blast. This folksy duo was talented and funny. The lead singer reminded us of our friend Dave Berman the advocacy journalist, both for his full head of naturally curly hair and his witty humor. And I even won a CD for being the loudest to sing along. But I just couldn’t get over the fact that I was wearing shorts for a Christmas concert. Outdoors.

Then when the freeze came, I knew for certain that Florida weather is psychotic. Especially when I was sweating again, back in my uniform of shorts and a tank top later that same week.

So here’s a warning for any snowbirds out there who plan to winter in Florida: Don’t forget a set of warm clothes. It is doubtful you will need them more than once. And you can store them deep under the bed. But don’t leave them at home. You will want them if a cold front blows through some day. And be sure to bring lots of shorts, because you will probably need those the next day.

4 Responses to “Snowbirds: Prepare for a Florida Freeze!”

Leave a Reply to Lee Click here to cancel reply.