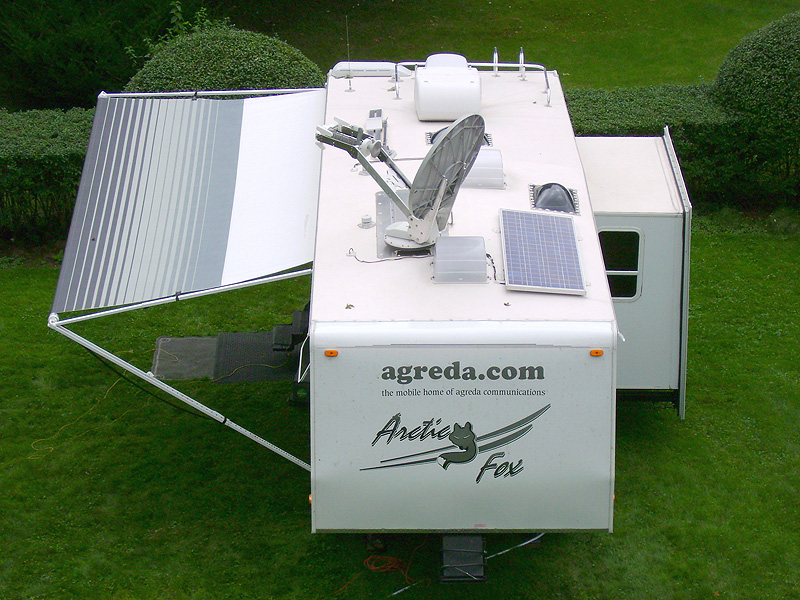 I’ve been mulling over a draft for a post about our custom RV solar power system for months, ever since we left the prime solar energy country of the southwest. It has just been working so well for us that we haven’t really had to think about it much. Then our batteries crapped out on us.

There have been times when we have gone nearly a week and only used the generator a couple times. And we could easily get a full day of use out of our two batteries. Depending on how much we were working online – running our network and recharging our laptops are the biggest power draw for us when boondocking. We’d much rather play the Green Acres shuffle than run our generator, but more about that in my pending solar post. I promise.

One day back in Blackwoods Campground, we suddenly started to lose power from our two Interstate Marine/RV Batteries. Within a short period of time we were having to recharge our batteries much more often. Then we were only getting about 45 minutes of power from them at a time. We had joined the monster rigs around us in running our generator multiple times a day. And we didn’t even leave our lights on when we left camp at night or watch a big screen TV all day! 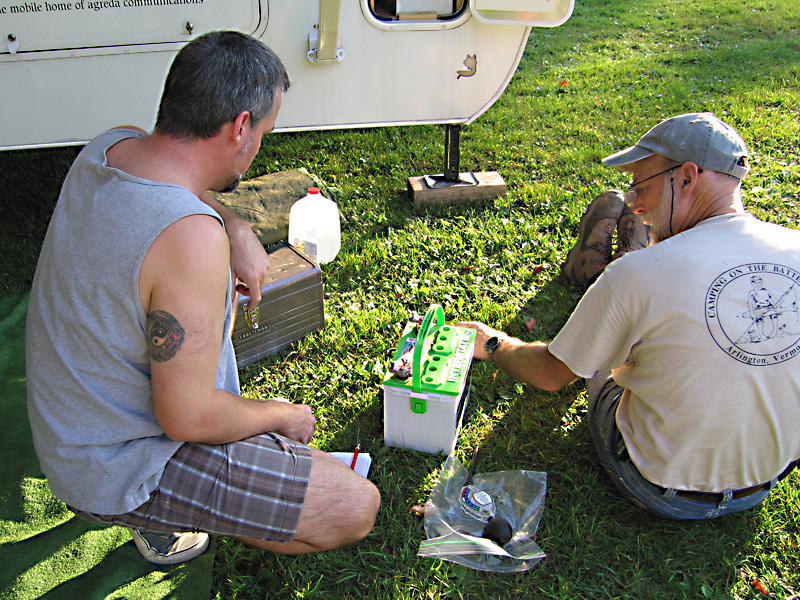 Of course, we immediately thought the worst. We assumed we had fried our batteries with some wrong settings on our 2400 watt inverter. Or worse, that its installation might be faulty. We headed for a campground with hookups for a few nights, and discussed what we would do about the situation. Fearing we would have to take the RV into a dealer, we wondered if they would consider our solar modification a void of our warranty. But while Camping on the Battenkill, the friendly groundskeeper informed us that he was a certified RV tech. Careful what you say around me, I may call you on it! No sooner had I mentioned our battery issue, when this nice guy agreed to come test them for us. 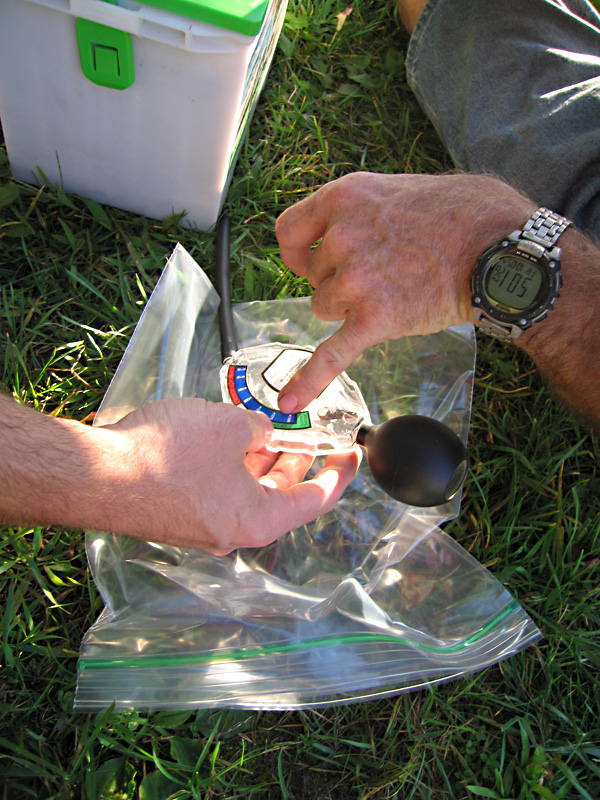 He came back the next day with his hydrometer and we pulled the batteries from their compartment and tested all the cells. When you use a hydrometer to test a battery, you measure the amount of sulfuric acid in the electrolyte. If your reading is low, that means the chemistry that makes electrons is lacking. Both of them tested “low” but one was much worse than the other. And like a chain, any battery bank is only as good as its weakest link. A bad battery will drag the other one down. In our case, way down.

Luckily, they were still under warranty so we decided to just play dumb and find an RV dealer in Albany when we got to my sister’s place in Troy, NY. As it turns out, we didn’t even have to play dumb, as easy as that is for us. Worried that we would have to take the RV somewhere, we were glad to find an Interstate Batteries shop nearby. We dropped off the batteries and went to meet our new eco-groovy full-timing friends Sarah and Matt in their veggie oil powered RV.

Upon our return to the shop, we were greeted by a gentleman looking (and feeling) quite official in his pressed Interstate Batteries uniform. He was quite determined in telling us that “99% of the time it is something wrong with the charging system, not the battery.” The smug look on his face soon changed when he discovered we were one of the lucky one percent. One of our batteries had indeed tested bad. I could have told them that, but then I thought they were both bad. It turns out, one was just discharged and the other was indeed bad. Who am I to argue with someone who is giving me a free replacement battery?

The hardest part of this ordeal was getting the batteries back into their tight little compartment. With the extra cables we have attached from our charge controller and to the inverter, it’s a tight fit. The second hardest thing was not jumping to the worst of conclusions, which we did.

“All things being equal, the simplest solution tends to be the right one,”
— Occam’s Razor

What good came of it? Aside from the free battery exchange, I gained an even deeper understanding of our power inverter settings as I reviewed the manual and confirmed all the available adjustments. We also learned to accept the need for some RVers to run their generators all the time. Though we do wish each one of them would get a Honda! Our little generator is so quiet, we could not hear it outside our window over the roar of another generator in a campsite across the way from us.

5 thoughts on “Batteries do go bad.”