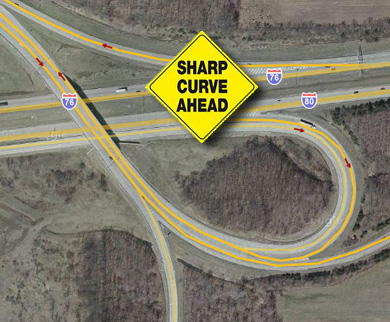 7 thoughts on “Watch out for sudden curves.”